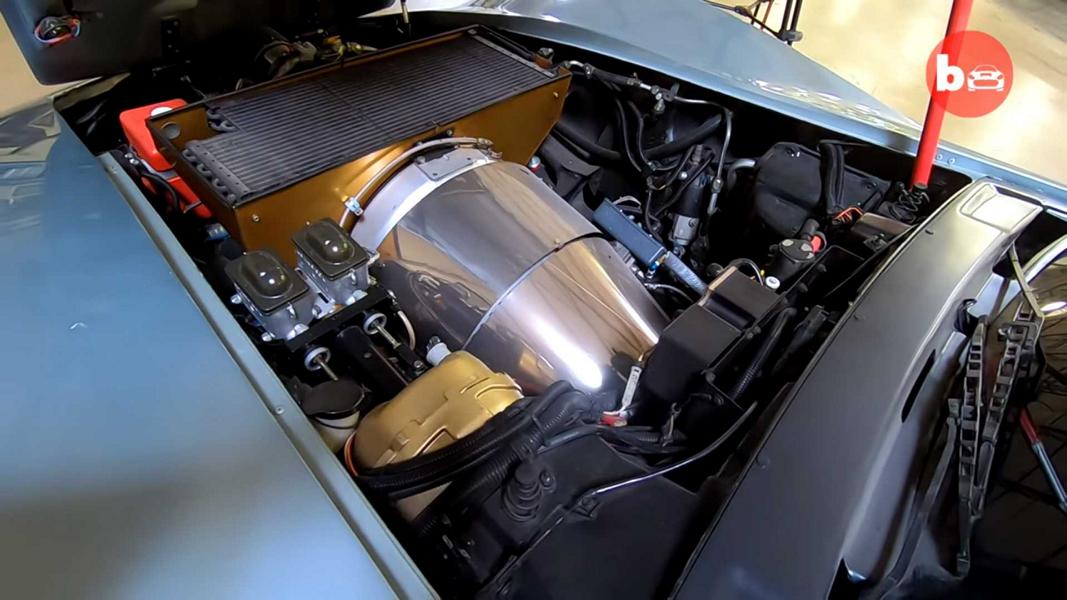 This unique 1978 Chevrolet Corvette is currently on display in the Rock’n’Roll Auto Museum in Austin, Texas, USA. Watch the video to see what it is capable of!

The second-generation Corvette packs a Pratt & Whitney ST-6B gas turbine under the hood, complete with the afterburner. It is the same turbine model that goes into Lockheed Martin F-22 Raptor stealth fighters employed by the U.S. Air Force. Packing 880 horsepower (656 kilowatts) at the output end, it takes the ancient Chevy from standstill to 60 mph (0-97 km/h) in less than three seconds and all the way up to 180 mph (290 km/h).

This isn’t to say that the driver can always take advantage of that kind of acceleration. On the contrary, he seems to exhibit utmost care – which is entirely justified, given that one wrong movement may turn the sports car into a heap of flaming metal.