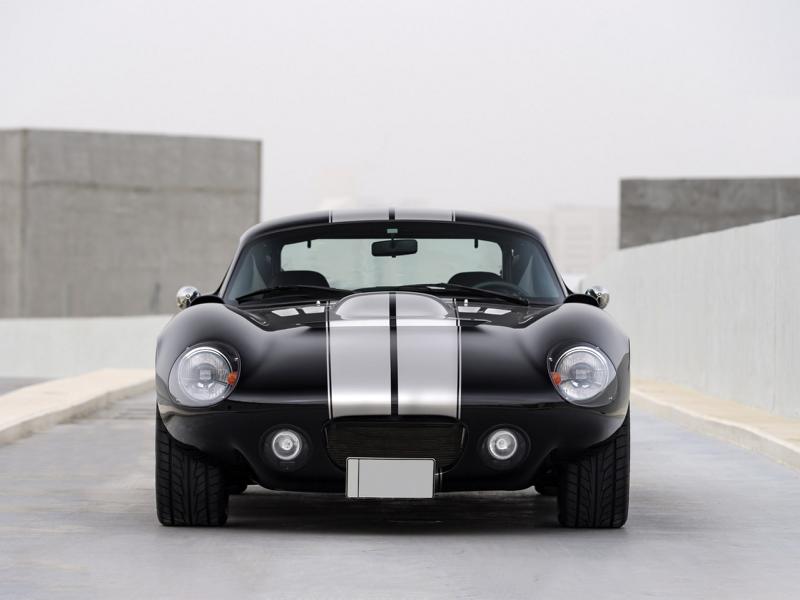 Back in 1964, Carroll Shelby built the original Daytona coupe to challenge the Ferrari in the GT racing series. With its unmistakable AC Cobra looks and a potent 4.7-liter Ford V8 under the hood delivering 380 hp (283 kW) to the wheels, it sprinted 0-100 km/h (0-62 mph) in mere 4.4 seconds. Shelby assembled a total of six such vehicles, not all of which survive to this day.

Seven years ago, Shelby American attempted a resurrection of the legend with a limited run of the 2013 Shelby Cobra Daytona. The project was a massive success from the stylistic point of view: the same classical lines and proportions, the same Cobra features. Where it fell a bit flat was the engine: the Ford 427 V8 simply didn’t deliver much more power to the asphalt than its 56-year-old ancestor did.

This is where the tuners came in. They fitted the naturally aspirated mill with a Roush supercharger and boosted it to 550 hp (410 kW) and 813 Nm (600 pound-feet) of torque. They also mounted a tubular roll cage in the rear half of the cabin, installed power lifters into the windows, and even implemented a modern climate control system.

The black car adorned with silvery Le Mans stripes is currently available for purchase in Florida, USA, with the price open to negotiation.