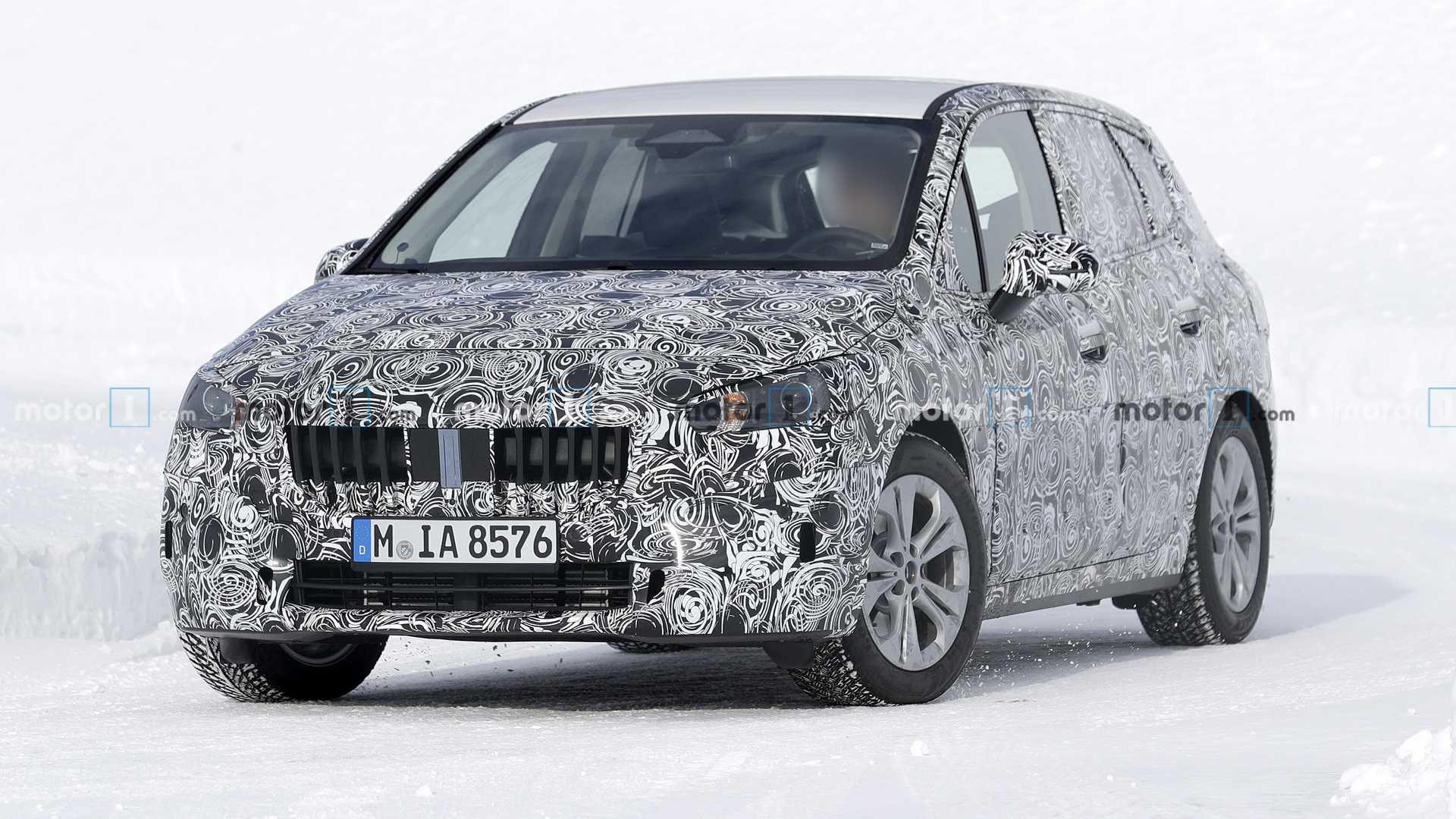 A development car shaped like the BMW 2 Series Active Tourer has recently cropped up on public streets, debunking the rumors that the compact van would be discontinued soon.

BMW launched the unusual FWD compact van based on Mini chassis six years ago (watch the video for an overview of the original car). Later on, the 1 Series hatchback, the 2 Series 4-Door Coupe, the X1, and the X2 also received front-wheel drive variants.

The test vehicle depicted on the spy photos sports a longer wheelbase. In all likelihood, it will hit the showrooms with the infamous ‘nostril grille’. The Gran tourer seven-seater version will likely not make it into the lineup.

As far as the tech is concerned, it is safe to assume that the new Active Tourer MPV will gain access to the same range of engines as the 2 Series 4-Door Coupe. This includes turbocharged three- and four-cylinder engines, as well as a single PHEV spec. AWD will probably be limited to top specs only.