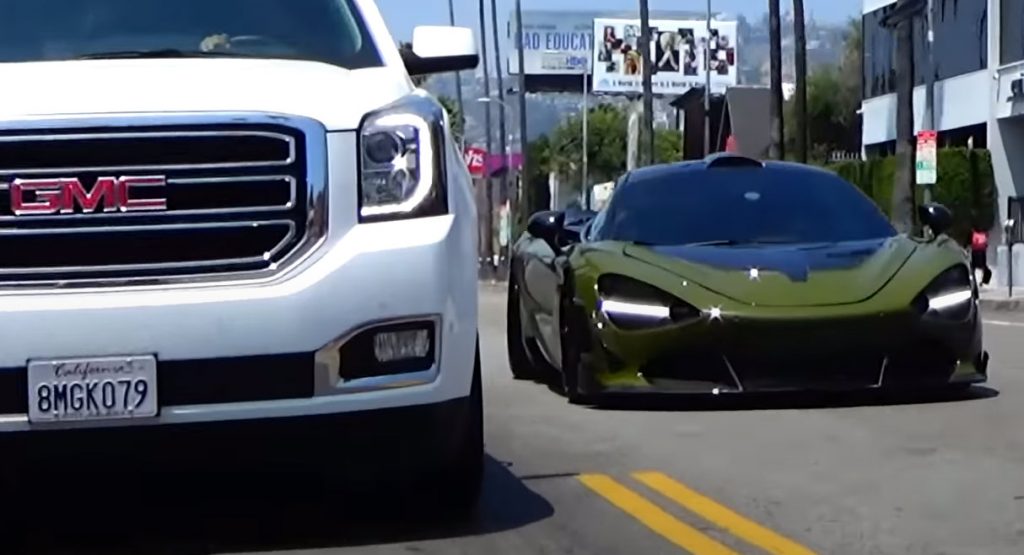 Even in its stock guise, the McLaren 720S is a formidable super sports car – and a real looker, at that. So why do some people still tune it? Because sky’s the limit!

This specific example had been through the customization procedure at least four times, and has recently received yet another round of attention from RDB LA. It ended up with an Army Green wrap and 1,000 horsepower (745 kilowatts) under the hood, out of which 910 hp (680 kW) actually makes it to the asphalt.

Watch the video for additional details, some light-spirited urban racing and a few funny moments, such as a GMC Yukon driver trying to videobomb the shoot at around 7:50.