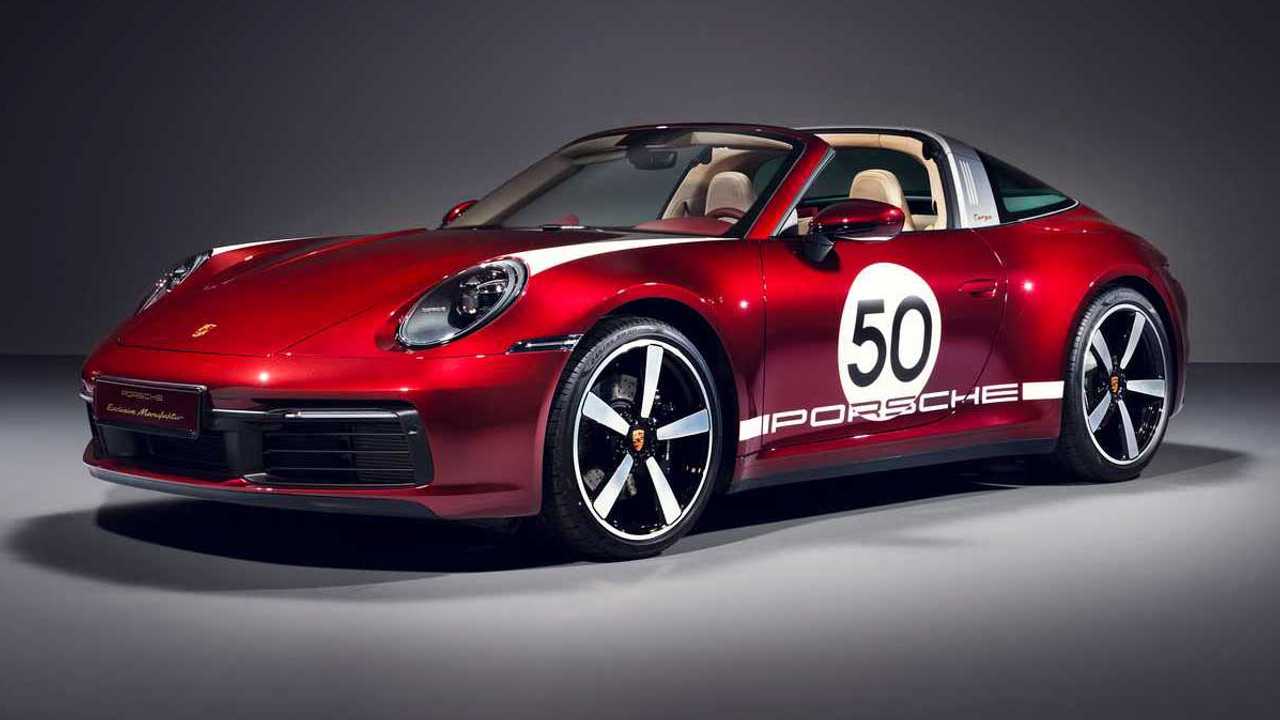 The new Porsche 911 (992) only debuted a few weeks ago, but the company is already offering it in the Heritage Design Edition, which would mainly appeal to collectors and retro car enthusiasts.

The limited series takes the 4S as the starting point, complete with the 450-hp (336-kW) engine, the eight-speed PDK gearbox and the AWD system. It introduces a new color scheme, finishing materials and interior trim inspired by the mid-20th century era.

The car pomes painted Cherry Metallic by default, sprinkled with occasional white graphics. Porsche had originally used this color combination to conceal collision marks on its racecars, to the point that this habut eventually evolved into permanent tradition. Customers may pick other colors as well, including Black, Crayon, Silver Metallic, and Guards Red GT. They can also specify which number to paint on the car body, ranging between 0 and 99.

The interior comes wrapped in leather and can be either beige/black or beige/red. The seat upholstery is fully customizable, the instrument panel glows green, the steering wheel also gets a coat-of-arms logo, and there are plenty of other, small details creating the aura of exclusivity.

The standard spec is luxurious enough as is, but well-to-do buyers can still go for a plethora of high-end options like carbon-ceramic brakes, 4WS, DCC, Burmester audio, and the Sport Design package.