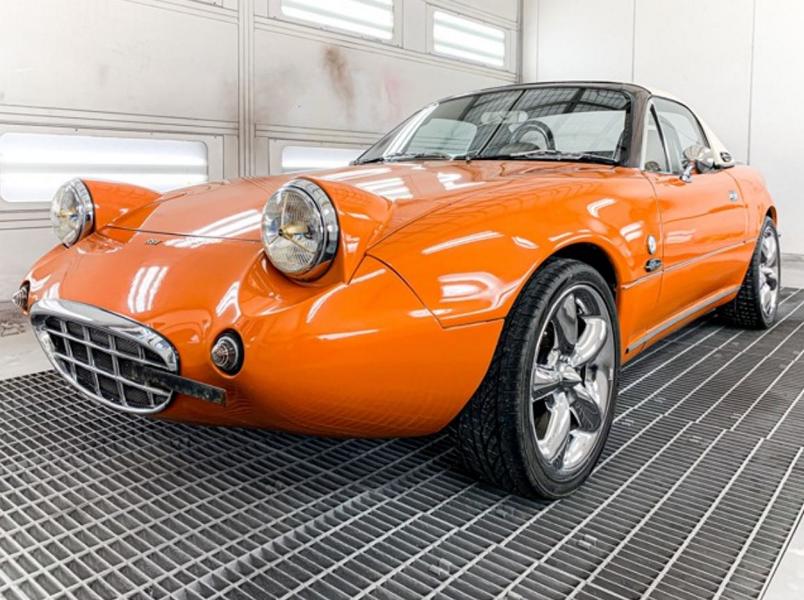 British tuners occasionally stylize their cars with round headlamps and a “smiley-face” front grille to achieve what they call “Bugeye style”, referencing the classical Austin Bugeye from the 1960s era. This specific example breaks the mold in multiple ways, though.

First, it hails from Japan instead of Great Britain. Second, the base vehicle is a not-so-old 1993 Mazda MX-5 Miata. Third, it isn’t some fancy show car, but rather a vehicle suitable for everyday driving. Oh, and you can haggle for it at Hirade Bankin right now.

One look at the custom build reveals plenty of time and effort spent towards polishing it. Aside from the abovementioned grille and headlamps, the MX-5 Frogeye boasts all-new front bumper and apron, a mostly new rear and assorted visual cues borrowed from such classics as the Shelby AC Cobra and Austin-Healey 3000.

The cabin is just as thoroughly reworked, with plenty of caramel-tinted leather on the seats and natural wood on the dashboard and the wheel.