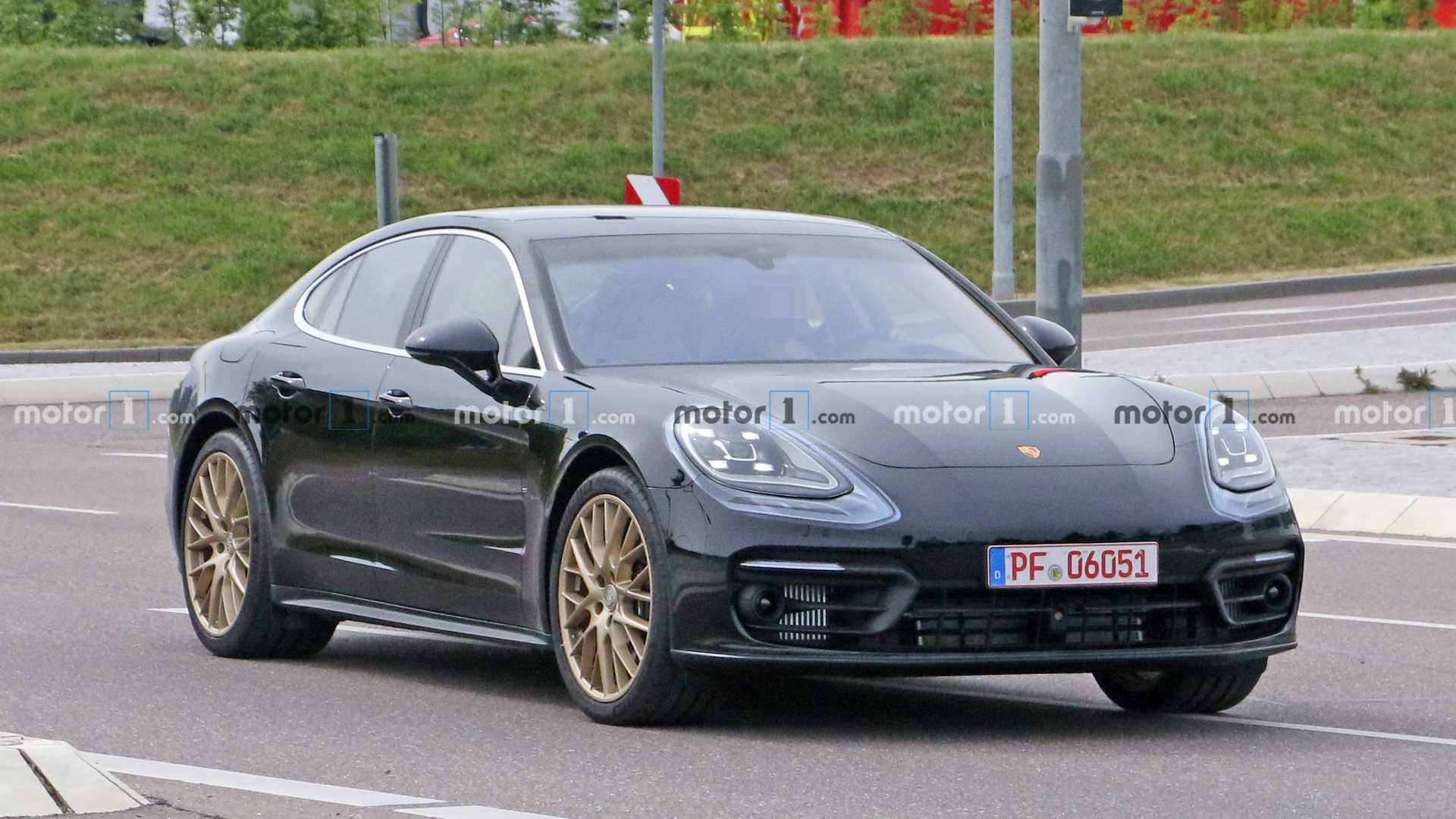 The second generation of the Porsche Panamera debuted nearly four years ago and is ripe for a facelift – which it will receive soon, judging by these spy shots.

The test car is barely cladded and looks nearly identical to the pre-facelift version, save for added white brake light sections and the bronze-tinted wheels. Inside, the steering wheel changes the design to that of the latest 911. Note also the quad tailpipes, which look like those of the current GTS model with its 460 horsepower (343 kilowatts).

Just how much power the new Panamera ends up with remains to be announced. Rumor has it that a new top spec is in the works, called “Lion” and allegedly based on the Turbo S E-Hybrid powertrain. This means a 4.0-liter V8 and an electric motor joining efforts for 832 hp (620 kW).

When the range-topping Panamera hits the market, it will primarily have to compete against the Mercedes-AMG GT 73 with its 800 hp (600 kW).

The launch timeframe is not known at this point.