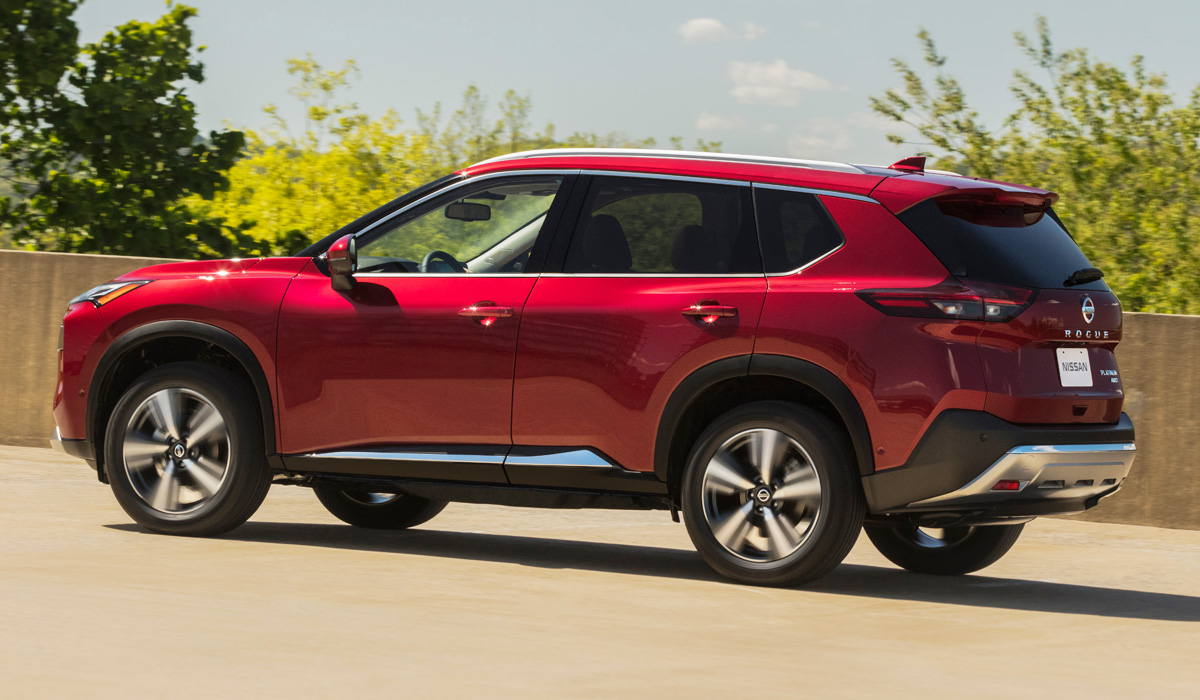 Nissan has taken the wraps off the fourth generation of its X-Trail/Rogue crossover SUV. Sales in the United States should begin in the coming fall, with Europe to follow later.

The car makes a transition to a brand-new architecture that gives it more interior space and better overall layout, the manufacturer claims. The 9-inch infotainment system inside is new, and there is a wireless gadget charger along with a voice assistant. The HVAC system supports separate settings for the front and rear rows, while the driver benefits from a HUD and a digital dashboard.

One interesting new safety feature tracks the driver’s actions and instantly cancels the actions that are almost guaranteed to be erroneous. The on-board self-driving system now takes advantage of the GPS navigation data and additional cameras. Last but by no means least, the Nissan Safety Shield 360 package of ten airbags is now included by default in all trim levels.

In the United States, the car will ship with an improved version of its old 2.5-liter non-turbo engine, which now manages 181 hp (135 kW) and 245 Nm (181 lb-ft) of torque. EU specs will likely be different, but no information is available on that count. Nissan keeps offering its CVT transmission design, and customers can choose between FWD and AWD.