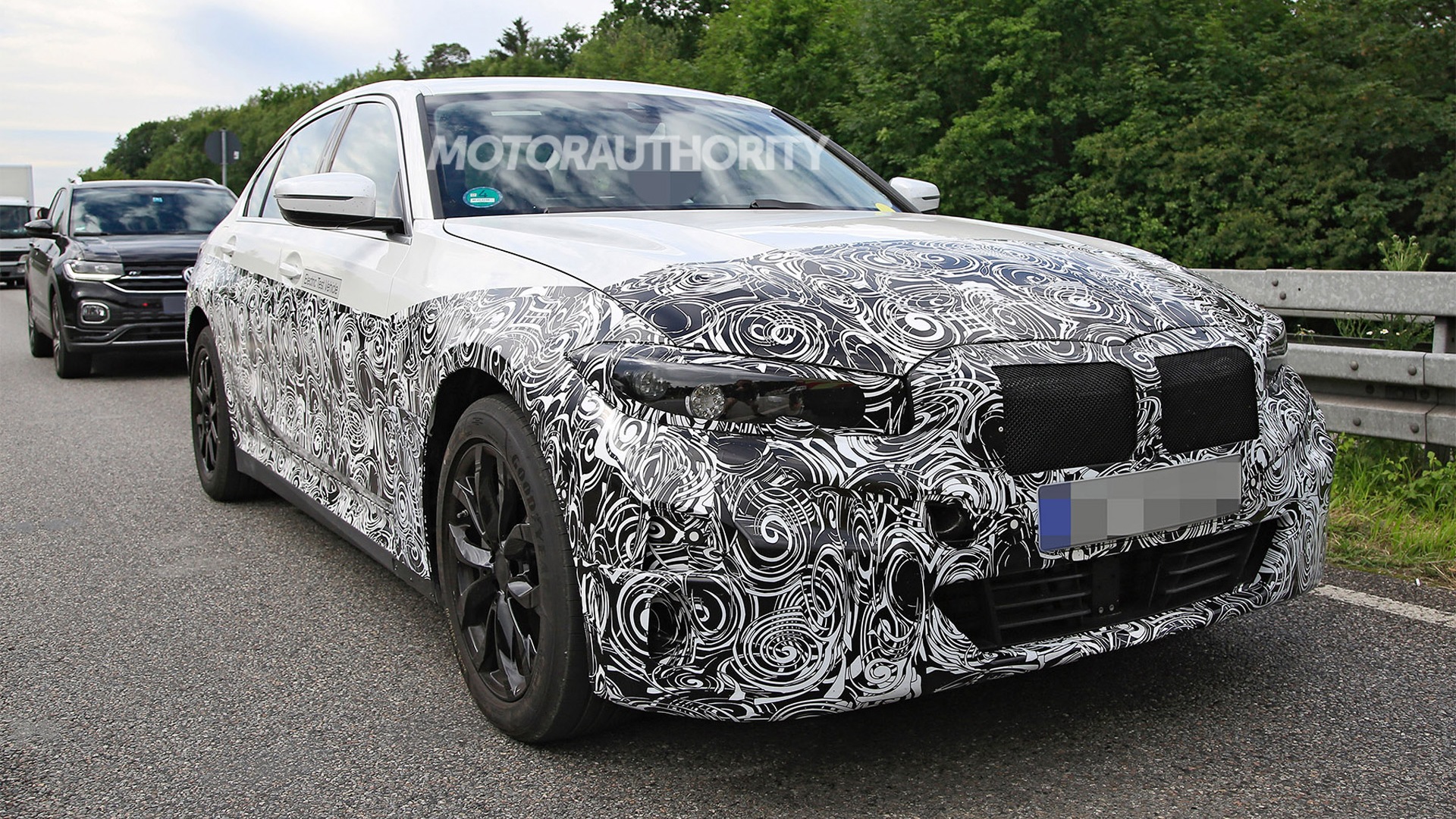 The BMW 3 Series already has the 330e hybrid model (see video), but if these spy shots are any indication, the company aims to make it completely independent from fossil fuel.

Note the Electric Test Vehicle badge, the missing exhaust pipes and the heavily cladded front end where most of the stylistic change will likely find place.

It appears likely that the battery-powered sedan will come out simultaneously with the next mid-life refresh of the series coming up in 2022 or 2023. While the new i4 is destined to become the strongest 4 Series on the market – surpassing even the M4 – its younger cousin will probably focus on long range and practical value, rather than sheer acceleration.

In its most basic form, the sedan will be rear-wheel driven, like the impending iX3 SUV, but a dual-engine spec might appear, too, especially if BMW sees the need to compete against the Tesla Model 3 Performance line.

The one big question we have concerns the name of the model: BMW already has a compact electric hatchback called i3 on the list, and that one has little to do with the rest of the 3 Series. Let’s wait and see.