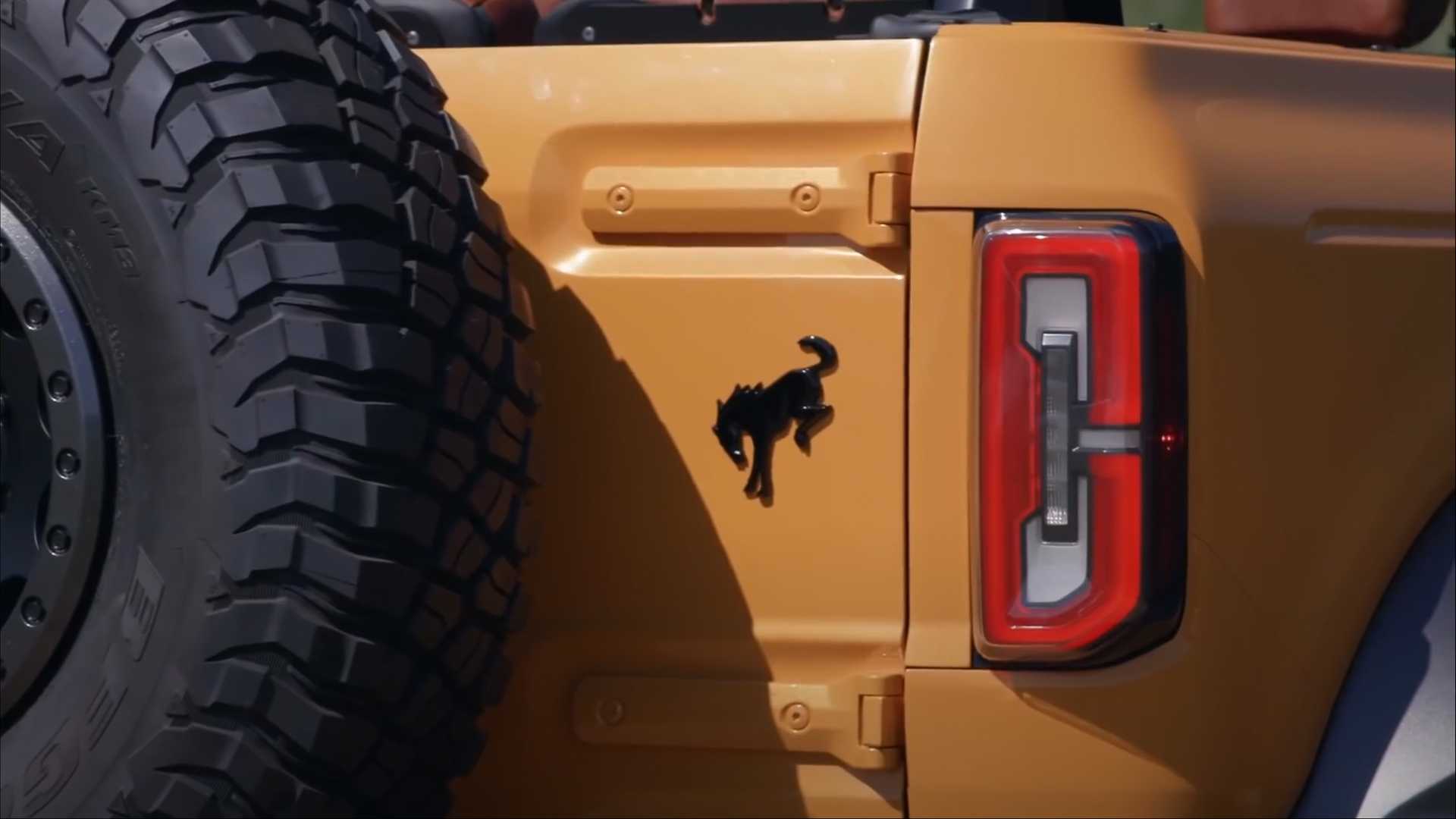 Even before showing its 2021 Bronco to the public, Ford said it took after its predecessor in no small way. Apparently, the continuity of generations spans much further than the exterior stylistic cues: there are many references and hints hidden in its design.

For one, the lower tailgate part has the caption “Ford” embossed in it from the inside. The original Bronco had the same word on the outer side (see photos).

Then there is an engine start-stop button that mimics the headlight shape of the vanilla Bronco. The rest of the details discovered thus far may not be connected with the iconic car, but they still deserve a mention. For example, there is a U.S. flag on the gear shifter that will remind Bronco drivers from all around the world which country made it. The F-150 has an image of the flag incorporated into the front panel.

Furthermore, the LED brake lights form B-shaped patterns, letting the drivers behind you instantly know what car you drive. Finally, the central armrest has a large “NO STEP” caption on it – perhaps to warn those rear passengers who are adventurous enough to peek out from the car when the roof is removed.

It seems likely that the design team behind the new Ford Bronco concealed other interesting details in it for us to discover. We will keep you posted if there is more.