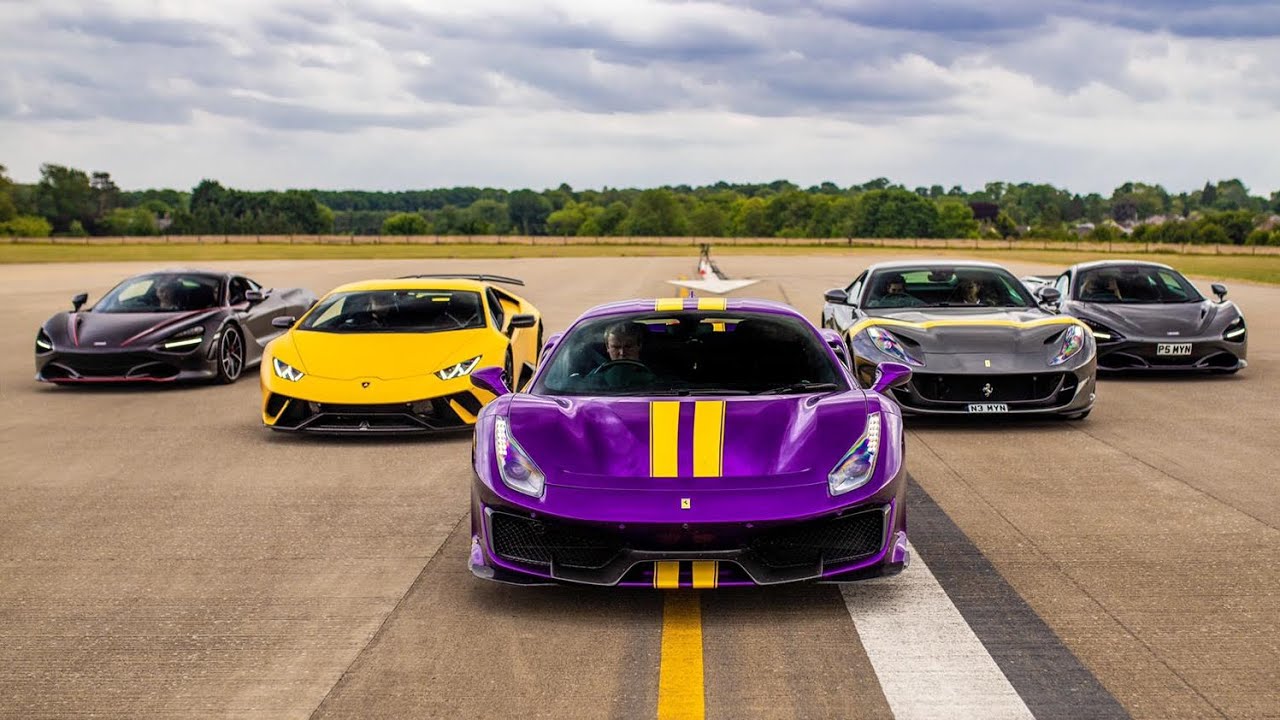 London-based car vlogging team 888MF has arranged a drag race among multiple supercars, hitting the road with 3,500+ hp and $1,000,000+ worth of luxury vehicles.

The first races were between a Ferrari 488 Pista, a Ferrari 812 Superfast, a Lamborghini Huracan Performante and two McLaren 720S. The race masters actually wanted a Porsche 911 Turbo S to participate instead of the second MacLaren, but none of the owners showed up for the race… until one did, driving the electric Taycan.

By this moment, you should probably be watching the video, rather than spoiling yourself on the outcome. Only read on if you can’t watch right now.

Multiple runs were performed to determine the winner, because the raceway proved too narrow for all five contenders. The Ferrari 488 Pista beat both the Lambo and the 812 Superfast, but ultimately yielded the first place to the 720S, which was declared the absolute winner.

The race was impressively paced, with the Taycan initially pulling ahead thanks to its instant torque, but ultimately yielding to its rival.