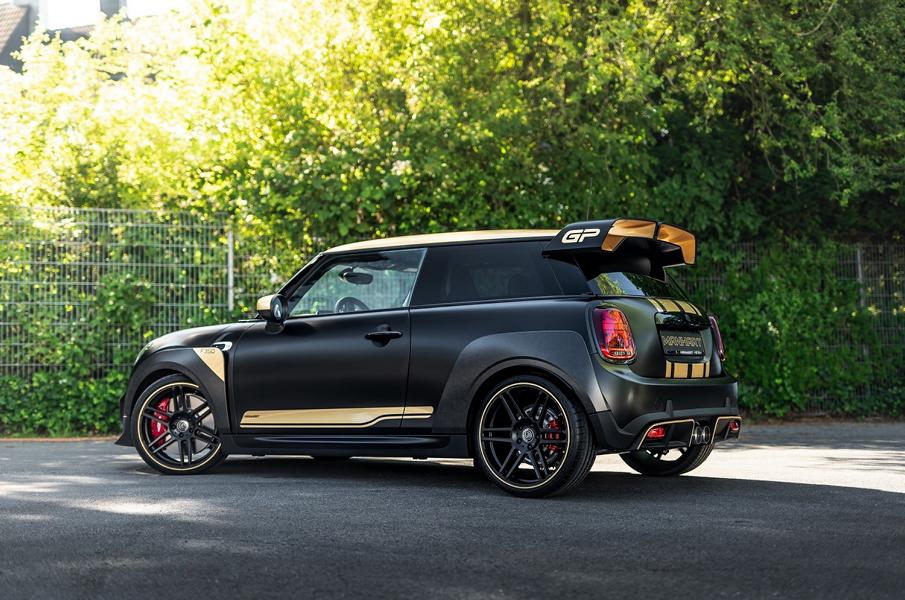 German luxury car customizer Manhart has announced a limited run of bespoke MINI John Cooper Works GP hatchbacks. There will be both visual and technical changes.

Beek Auto Racing – another team from Netherlands and the main partner of the project – bolsters the stock engine to 350 hp (261 kW) and 530 Nm (391 lb-ft) of torque. This is mainly done via an ECU tune, but an Airtec intercooler also contributes its part.

Bespoke interior makeover is also on the list, which only leaves out the suspension. AST Suspension is said to be working on a viable aftermarket suspension kit for the Mini JCW GP, but no release has been made yet.