The eBussy Concept is a 20-hp, 1000-Nm electric vehicle for Europe 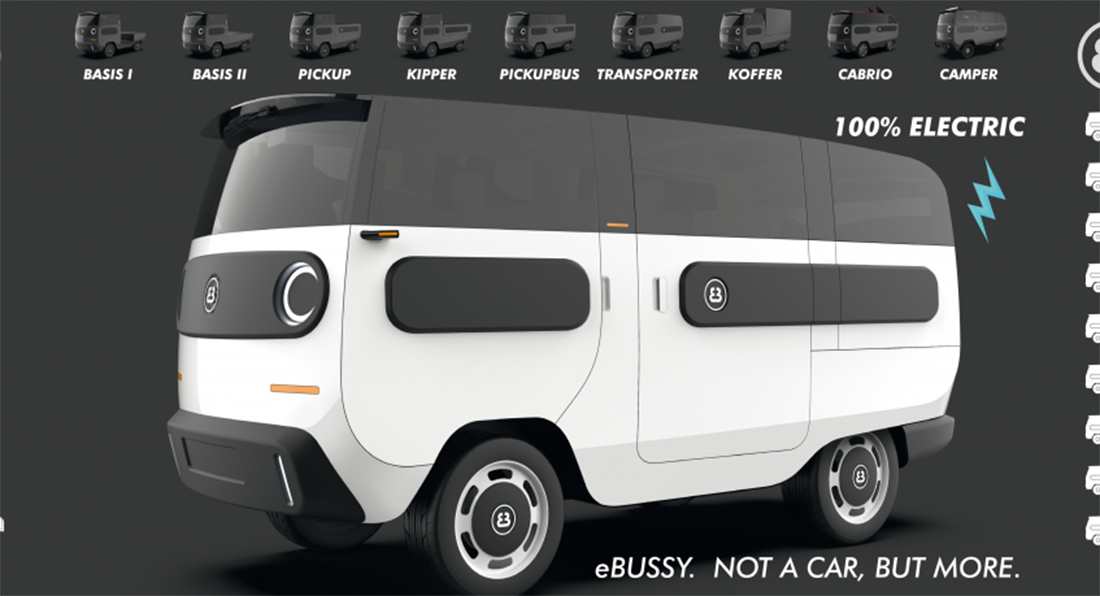 Electric Brands, an automotive company headquartered in Germany, plans to launch a new electric car called eBussy in EU countries in 2021. Its flexible unitized platform should lend itself to a wide variety of uses, including single-space van, pickup truck, semi-truck, campervan etc.

The concept pics show a bunch of retro-inspired car exteriors with their round headlights and curves reminiscent of those found on the Honda e hatchback.

The steering wheel can be moved from left to right and vice versa, and even locked in the middle of the cabin for maximum flexibility.

Powering the vehicle are four motorized wheels only capable of 20 horsepower (15 kilowatts) at most. However, instant torque amounts to 1,000 Nm (738 lb-ft), and a 30-kWh battery should be sufficient for up to 600 kilometers (373 miles) of driving, according to the manufacturer.

While not final, the starting price tag of the most affordable eBussy amounts to €15,800. A fully featured, well-equipped campervan version would be €28,800 or so.