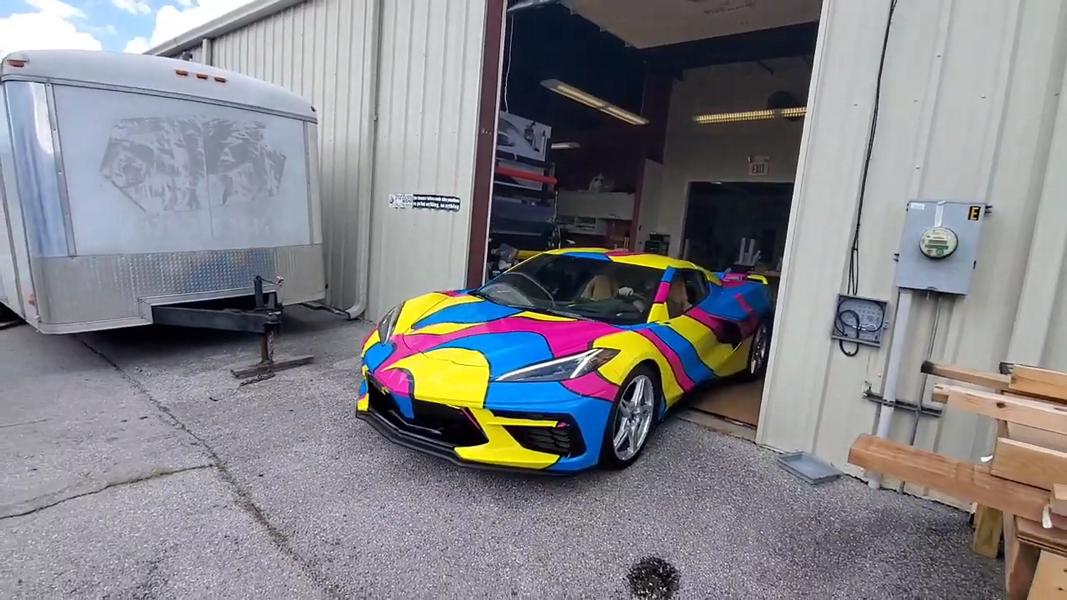 The 2020 Chevy Corvette is a real looker in its production form, so tuning it shouldn’t really be your first priority. However, the owner of this specific ‘Vette just felt like overdoing it.

He asked Rick and Bob’s Garage for a disco-style vinyl wrap that managed to mix yellow with light blue and magenta in a vivid, psychedelic image evoking themes of substance abuse. The wrap completely hides the Shadow Grey Metallic paintjob underneath it, and does a good job echoing the black body parts with black accents of its own.

The video has the two guys talking about the difficulties associated with wrapping the new C8 Corvette. In particular, those sharp edges can be a challenge to work with.

While the client seems perfectly happy with the outcome, Rick and Bob’s Garage still succumbed to the temptation of naming the video “How to destroy a new C8 Corvette?”