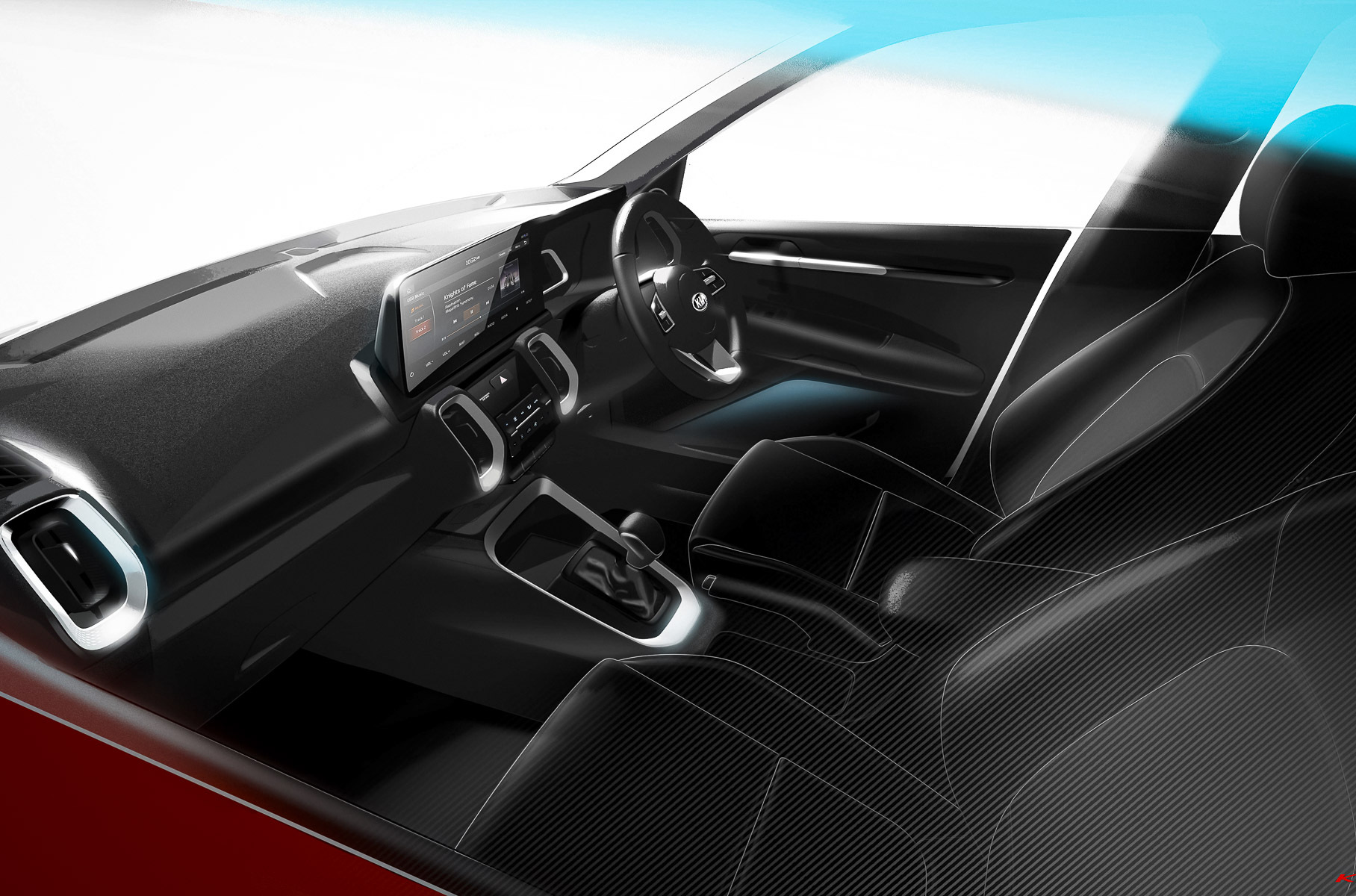 Mere weeks after unveiling its Sonet Concept in India, Kia will be introducing the final production version of the SUV on Friday, August 7, 2020. In the meantime, we can look at two new interior sketches.

Based on these, the inside space of the Sonet is very similar to the Sorento, but with a simpler front panel styling. The 10.25-inch digital dash screen here doubles as the infotainment display.

The exterior pics have also been updated with more detail. Note the large bumpers, wheel arches with plastic fenders, and taillights with a thin connecting strip.