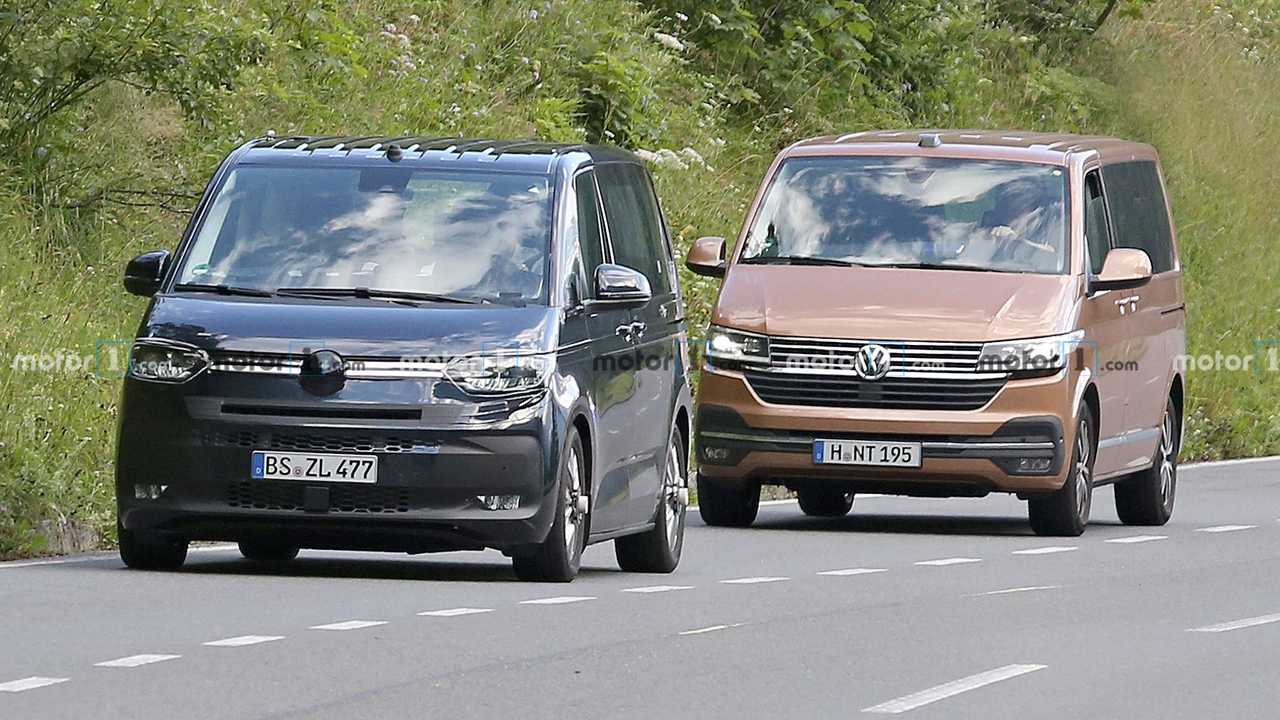 Car spotters have already seen the pre-production Volkswagen T7 (watch the video if you haven’t), but today, the van was sighted again with hardly any camo on and a T6 accompanying it.

It looks like VW took the eight-seater version out for a test drive, but removed the rear seats to maximize trunk space. Despite having similar dimensions with its predecessor, the new model comes based on the MQB platform and boasts larger windows, a lower windshield rim, and a narrower hood. Apparently, the front grille has become smaller and the bumper a bit larger. The mirrors and taillights have been redesigned, and a spoiler appeared above the tailgate.

Aside from the usual gasoline and diesel engines, the T7 may also get hybrid and all-electric versions, as well as FWD and AWD variants.

The Volkswagen Transporter Т7 should be revealed in the first half of 2021 and go on sale in summer that year.