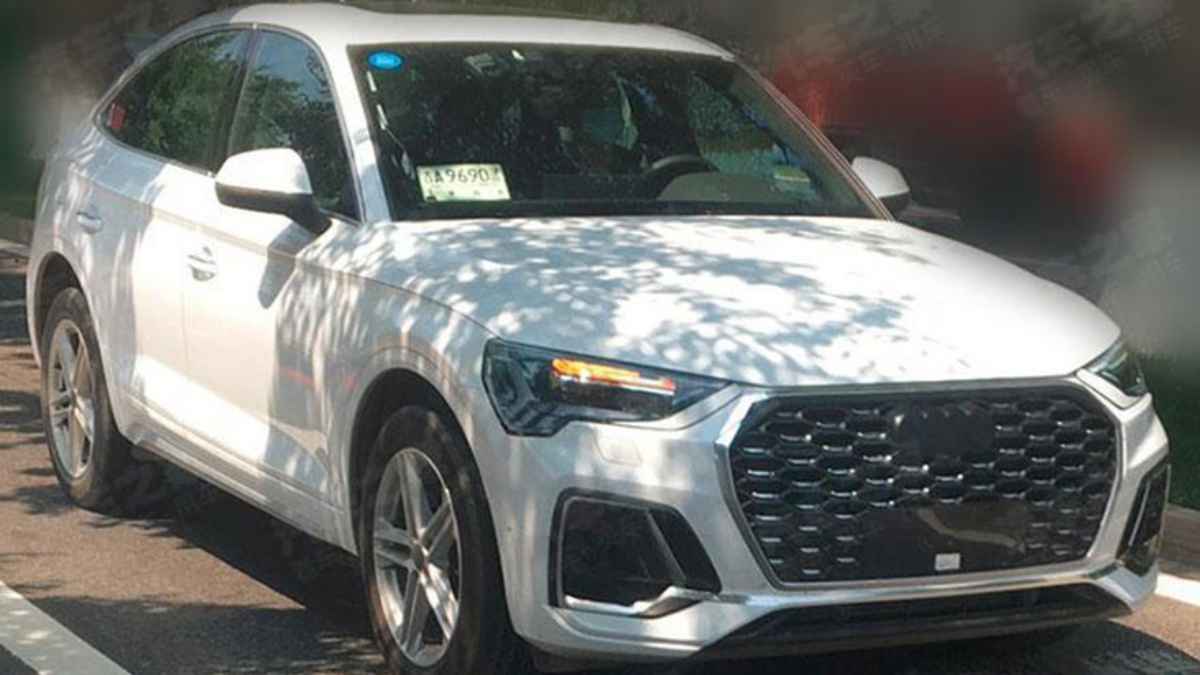 Media learned that Audi was going to complement the Q5 range with a fashionable coupe/SUV version a few months ago, and today, camera people tracked down a barely disguised pre-production test vehicle.

The Q5 Sportback was caught not far from the FAW-Volkswagen joint enterprise in Changchun, China, where the company said it intended to produce it starting in September. Based on the photos, the radiator grille and the front bumper are almost identical to those of the post-facelift Q5 – watch the video if you want to compare. The rear end looks different, though, and the lighting is still masked.

By all indications, the Sportback version will receive the same engine choices as the elongated Q5L spec selling in China. Both come based on the 2.0-liter turbocharged four-cylinder engine known as the VW EA888, which links to a 7-gear S tronic gearbox and ships in two versions. The low-end version produces 190 hp (142 kW) and 320 Nm (236 lb-ft) of torque, whereas the high-end one delivers 252 hp (188 kW) and 390 Nm (288 lb-ft). Quattro AWD is listed under standard equipment for both.

The Audi Q5 Sportback should hit the showrooms throughout China in November.