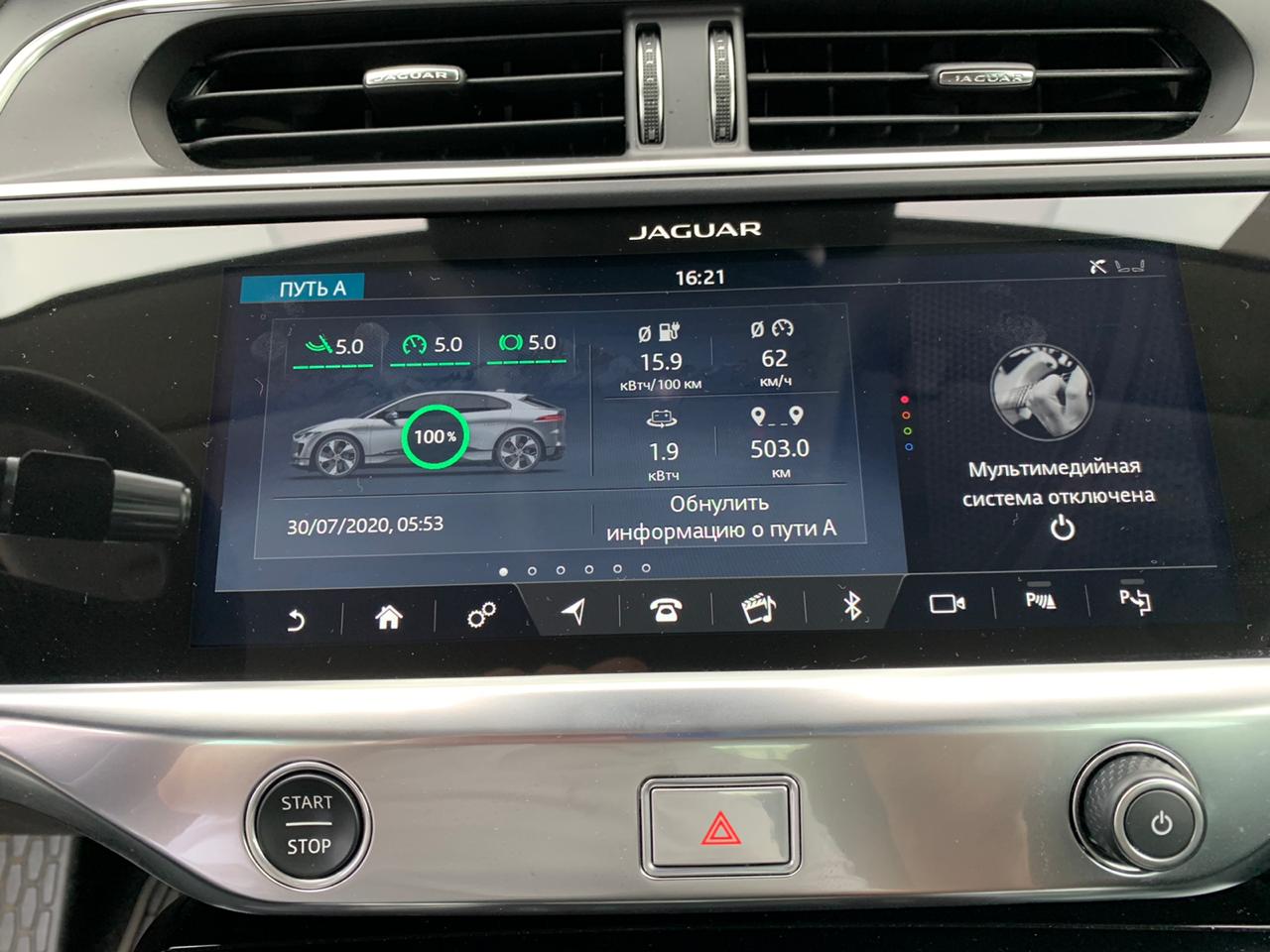 Jaguar Land Rover Russia decided to find out how well the all-electric I-Pace crossover fares in a real-life trip across the country – and it overshot all expectations.

The test crew has managed to cover the entire distance from Moscow to Voronezh, putting behind 503 kilometers (312.5 miles) of road and winding up with the average speed of 62 km/h (38.5 miles per hour). The official documentation claims that the car has between 415 and 470 kilometers (258 – 292 miles) of range according to the WLTP measurement standard. The specific mileage depends on the trim level and other equipment used. Thus, the car has exceeded the official rating by at least 33 km (20.5 miles).

Prior to the start of the trip, the on-board computer showed charge at 100% and remaining mileage at 453 km (281.5 miles). In most similar tests, the participants tend to aim for a sweet spot between speed and battery drain, which in the case of the Tesla Model S and Model 3 lies at rather yawn-inducing 40 km/h (25 mph). They also avoid using air conditioning. The Jaguar test crew turned the HVAC on, had mobile devices plugged into USB ports, and drove in the 60-100 km/h (37 – 62 mph) range. The only feature they did turn on was the Power Saving Mode.

In the end, the car has spent 15.9 kilowatt-hours of power per every 100 km traveled and finished the trip in 9 hours 30 minutes, including all stops. When parked in Voronezh, it still showed 5% of charge and 18 km (11.2 miles) of range remaining.