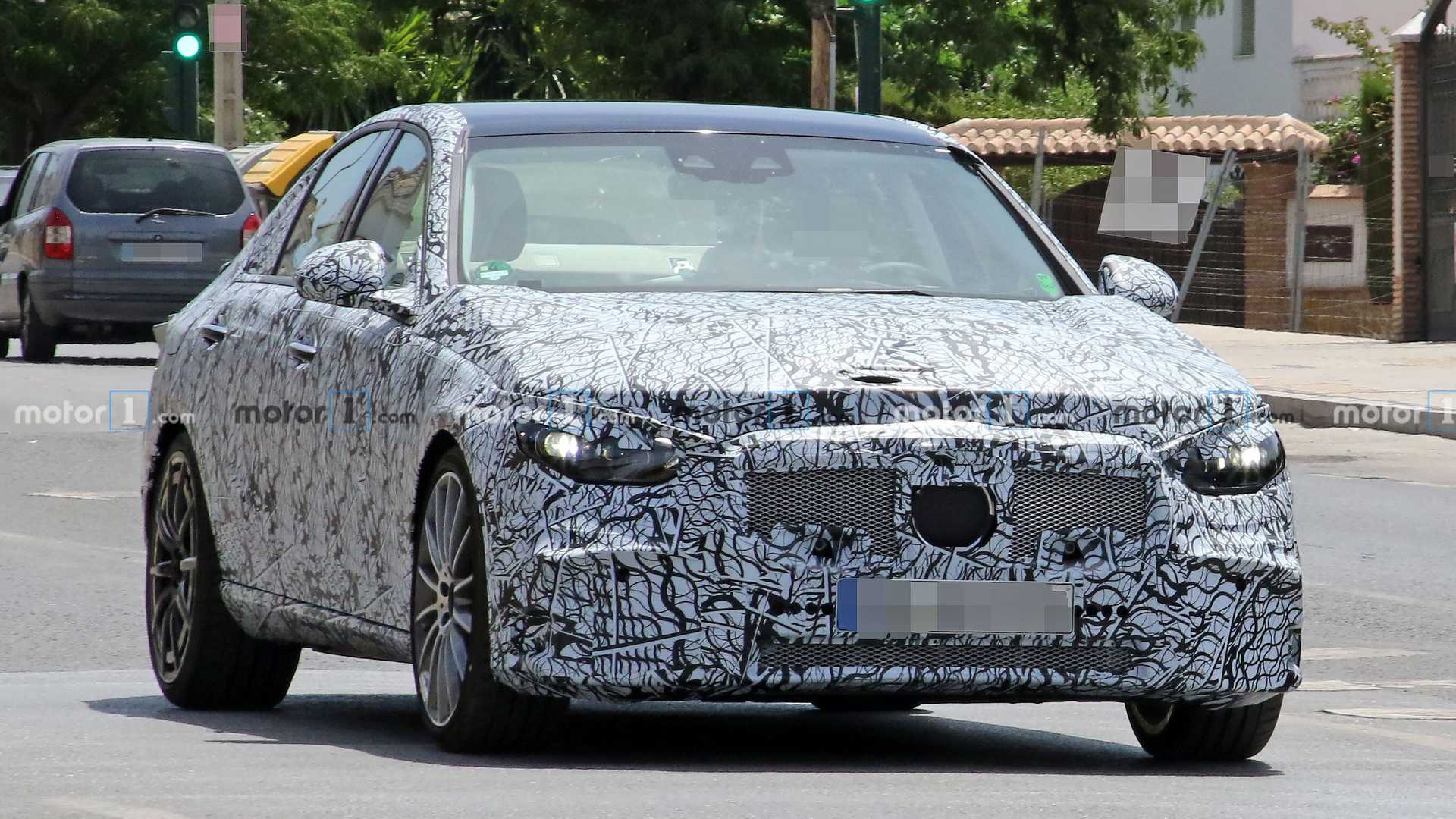 The Mercedes C-Class is due an update soon, and pre-production testing is well underway, as evidenced by these spy shots.

The spotted car is a performance-oriented AMG sedan sporting different wheels and conspicuously lacking its usual Panamericana grille. However, the wider wheel span, the heavy-duty brake calipers and the trunk lid spoiler all suggest that it is a performance car and not a base spec.

One could speculate that this is the rumored C 53 model coming to replace the current C 43. Instead of a V6, it might end up with a hybrid system based on the company’s latest 2.0L I4 turbo, possibly assisted by the recently announced electric supercharger.

The addition of an electric motor would compensate for the reduction in displacement volume. A couple years ago, a C 43 facelift raised power from 367 to 390 hp while keeping the torque unchanged at 520 Nm. The new generation will likely pack considerably more than 400 hp.

Back in 2018, Mercedes-AMG CEO Tobias Moers said the next-gen C 63 would also switch to hybrid power, trading its V8 for a more fuel-efficient engine.

As for the Mercedes-AMG C 53 spied today, we would expect it to premiere sometime in 2021.