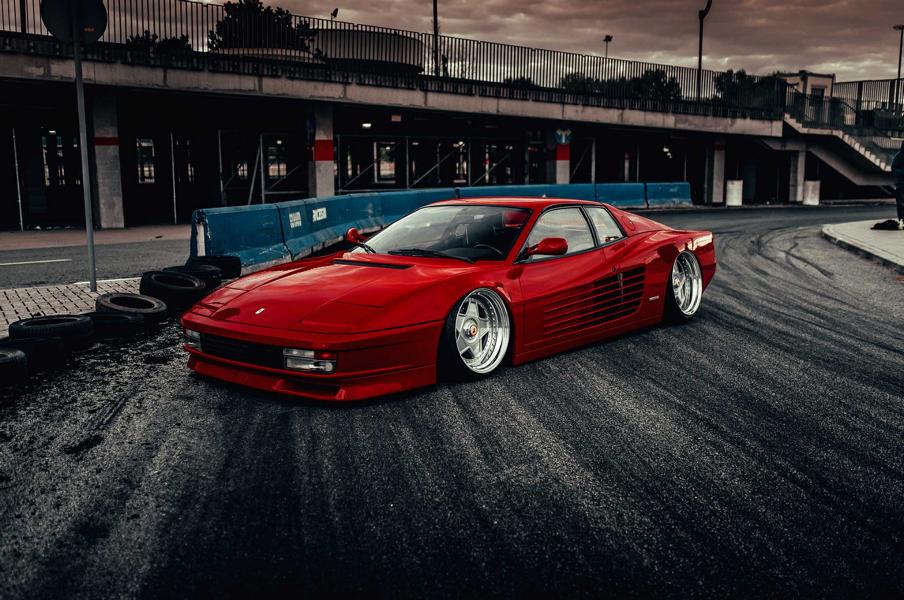 Immediately after its 1984 premiere, the Ferrari 512 Testarossa made it into the dreams of supercar lovers worldwide – in fact, it remains coveted even a third of a century later. Japanese tuner Kazuki Ohashi was lucky enough not only to get his hands on a Testarossa, but also tweak it to his liking.

He began by lowering the suspension using the Japan-made Prazis air kit and AccuAir e-Level control module. This and the considerable negative camber lent the Italian coupe an entirely fresh and bold appearance, although they also rendered it vulnerable to the minutest flaws of the road. The wheels are replicas of the popular Autostrada Modena set and measure 18 inches front and 19 inches rear.

New 20mm fender extensions and a rear bumper stylized to look like the post-facelift 512 TR part wrap up the impressive image. The interior and engine stay stock.

Kazuki Ohashi is a renowned and respected automotive specialist in Japan and beyond, but his treatment of this particular Ferrari was met with much criticism. What is your take on this? Does it make sense to slam and camber Ferraris, or is it simply not proper?