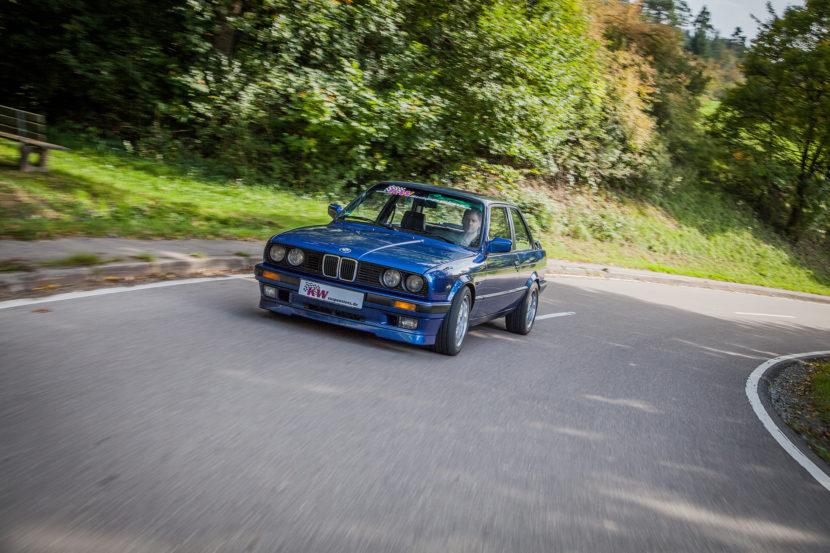 As unlikely as it may seem, this modest-looking BMW E30 hides a turbocharged Toyota 1JZ underneath that hood! Whereas the old Supra’s 2JZ mill is omnipresent in the tuning world, the 1JZ is not nearly as common, especially in Bavarian cars. But let us see how things worked out for the 3 Series.

In fact, they worked out amazingly well. The six-cylinder Toyota mill received a single large turbocharger along with a methanol kit, a five-speed manual gearbox scavenged from the more recent E36, and custom control software.

The result amounts to around 400 hp (300 kW) and 500 Nm (370 lb-ft) of torque, or almost four times the standard output. Consider also that the modded coupe weighs much less than it did before, and you end up with quite a track tool. Watch the video and see for yourself just how fast it is.