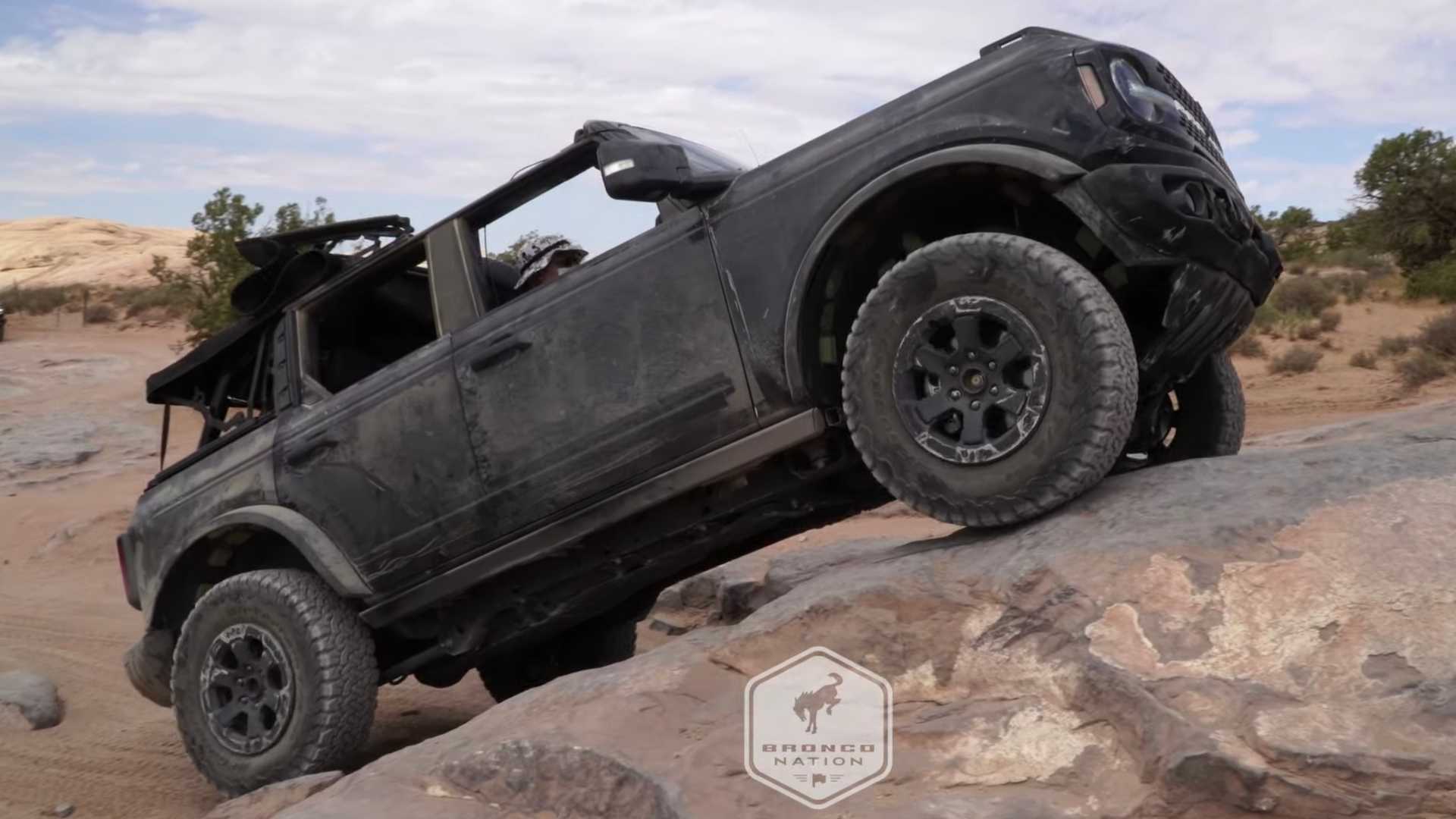 Ford can’t give its new Bronco a break. Following the recent success at the Rubicon Trail, the testing crew sent it over to Hell’s Revenge, an even more challenging rocky path for 4x4 vehicles near Moab, Utah, United States.

Multiple Bronco configurations took part in the trial, including one with a hard top, one with a soft top and one without doors or glass. Our assumption is that the crew was testing the reliability of the all-wheel drive this time.

The footage follows the revived classic as it climbs and descends one slope after another. The most difficult part comes when it has to pass a very narrow V-shaped canyon at ninety degrees.

Ford never reported how badly its Broncos were injured during the trials, but the photos expose a number of dents and deformations on the fenders, wheels and under shields.