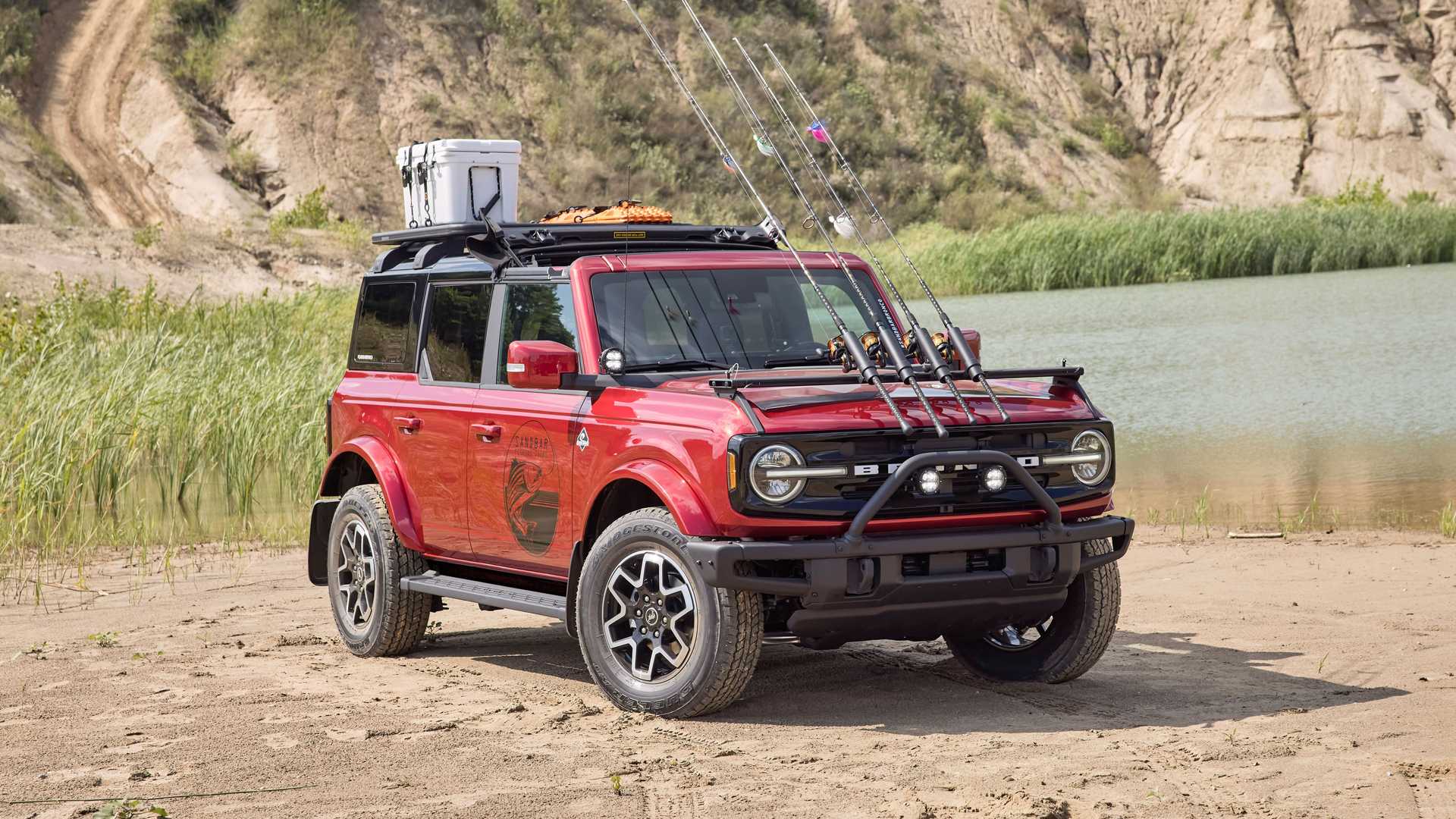 Ford mentioned during the reveal of its new Bronco SUV that it will take advantage of 200+ various options and accessories. Let us have a look at some specific examples.

The first show car depicted here is called Bronco Four-Door Outer Banks Fishing Guide. As its name suggests, it is clearly aimed at people who wouldn’t mind spending a day or night at the lakeside. Main features include a removable soft top, a roof rack or railings, a rack at the front end for fishing rods, and a multi-piece front bumper with a curved metallic bar for making paths through reeds and other wilderness.

The three-door Trail Rig uses the Badlands spec as the starting point and should appeal to extreme trail riders. It sports a winch, a Ford Performance bumper at the front, tube-frame doors and lots of auxiliary lighting.

The Bronco Sport Trail Rig is very similar to its full-size cousin despite being based on the smaller Sport version. Then there is the Bronco Sport Tow RZR, which has a trailer hook, and the Bronco Sport Off-Roadeo Adventure Patrol, which is marketed as a maintenance and support car for event planners.