Is Mercedes-AMG GT aiming to become the king of the Nürburgring? 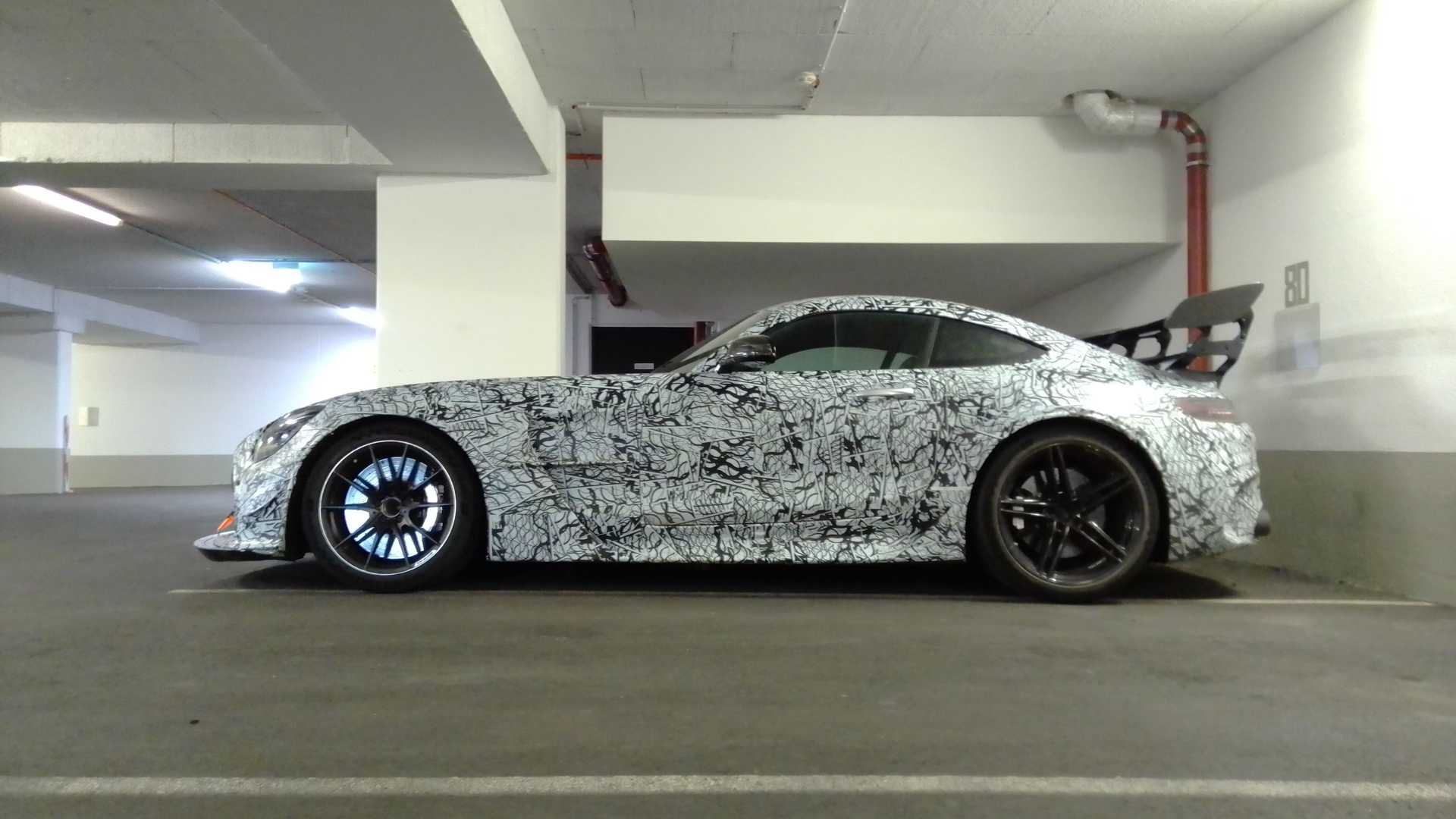 The state-of-the-art Mercedes-AMG GT Black Series only debuted a month ago, and the engineering department keeps polishing it to this day. If this disguised prototype locked away in the Nürburgring box area is any indication, the German carmaker may want to try and set an absolute record on that track in the “Production Car” category.

The road-legal Black Series packs 730 hp (537 kW) and makes a full lap in 6 minutes 58 seconds. Recent rumors claim that Mercedes wants to reduce the lap time to 6 minutes 40 seconds, which would cement its victory over the current absolute champion (Lamborghini Aventador SVJ, 6:44.97).

Attaining such a high result would necessitate updating the entire body kit and persuading the V8 to yield another 120-150 hp (90-112 kW). Furthermore, Mercedes would actually have to produce a whole batch of such vehicles for them to be officially recognized as “production cars”.

To summarize: if the rumors about the Mercedes-AMG planning on breaking the highest record of the North Loop are true, then a particularly powerful AMG GT production spec is coming up soon.