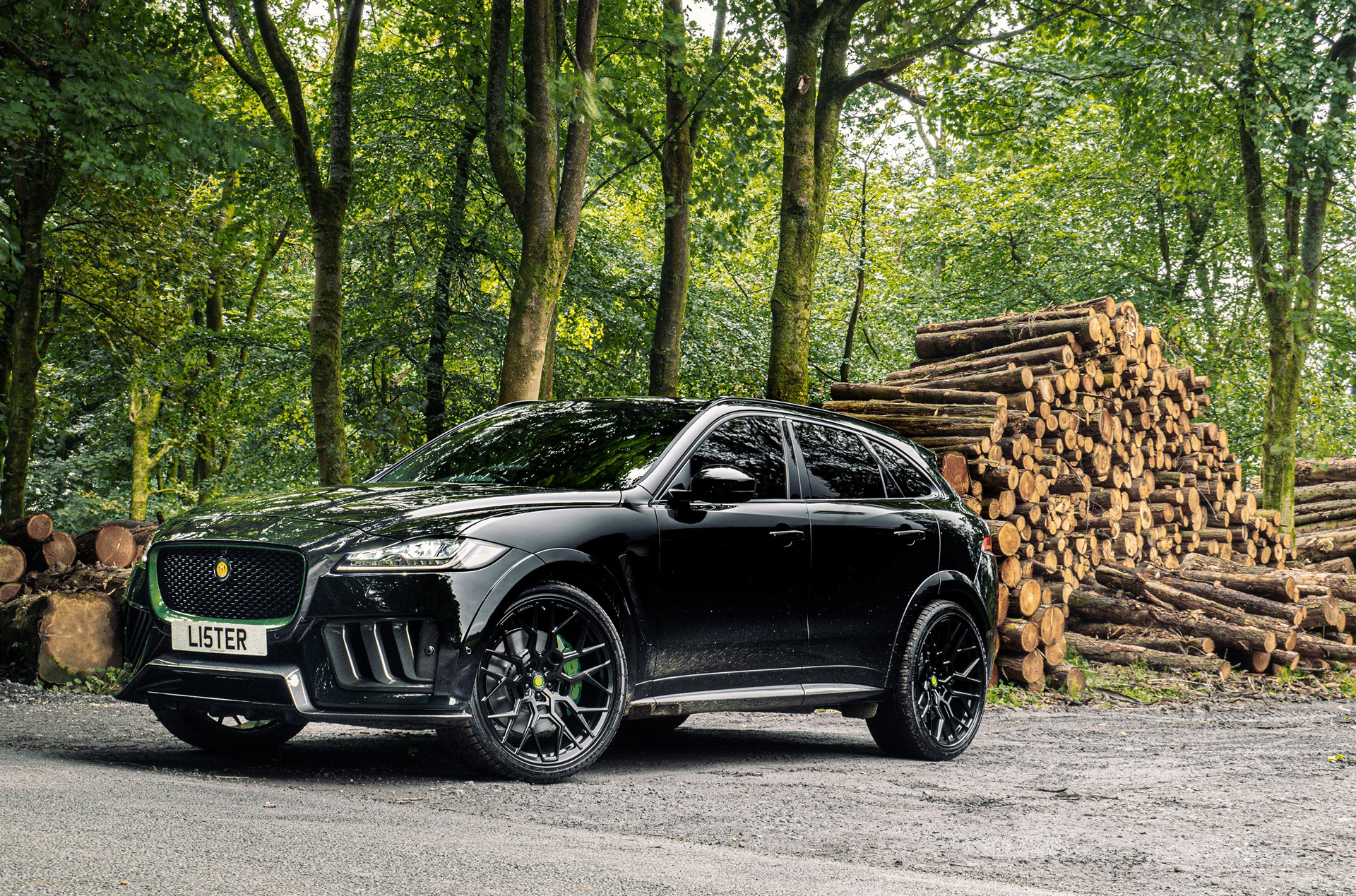 Lister Motor Company has unveiled Stealth, a crossover utility vehicle based on the Jaguar F-Pace SVR. The car produces 666 horsepower (497 kilowatts) and tops out at 314 km/h (195 mph), making it the fastest production vehicle of its kind in Great Britain.

The tuner takes the stock Jaguar engine and retrofits it with an aftermarket intercooler, as well as new supercharger drive belts and a firmware update. A carbon-fiber front bumper with its huge air intakes and splitter assures proper aerodynamics, while a carbon diffuser and exhaust system culminating in composite tips does the same for the rear end of the car. The wheel arches are properly flared to accommodate larger 23-inch wheels.

Lister claims that the Stealth is Britain’s fastest and most powerful production car, pulling ahead of not just the Aston Martin DBX and Bentley Bentayga Speed, but even the Rolls-Royce Cullinan Black Badge. Even more impressively, the tuner has conducted a race where its off-roader won against a Lamborghini Urus.