This rad-looking Chevy Colorado roadster goes on sale in November 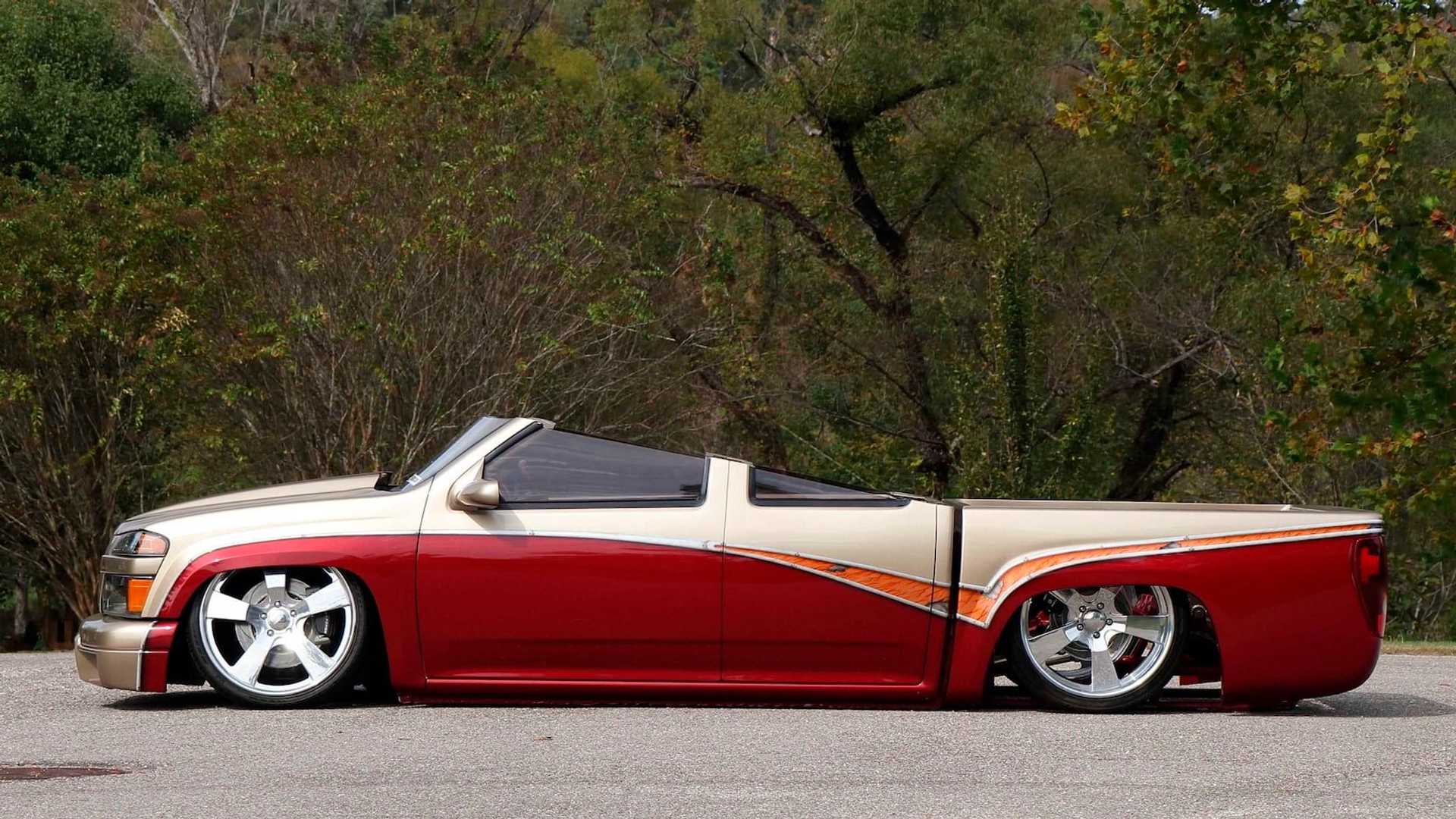 An annual Mecum auction will be held in Las-Vegas this November focused on rare and one-off cars. This slammed, topless Chevrolet Colorado truck will definitely attract plenty of attention when the event starts.

The car is a model year 2015 Colorado pickup that no longer has any kind of roof, as well as hardly any side glass to speak of. It flaunts doors that swing open against the traffic and lacks a cargo bed, so you won’t be using it for farm work for sure. Air tanks reside where the bed had once been, and the suspension is every inch as low as it goes.

If you think the exterior of this Chevy is too gaudy or otherwise controversial, wait until you peek inside the cabin. Furnished in a style reminiscent of early 2000s, it somehow manages to combine burgundy red with light beige and brown. Seats boast snakeskin inlays, carpets line the floors, and the entire thing looks decidedly out of fashion, if not without a style of its own.

The asking price has not been announced yet.