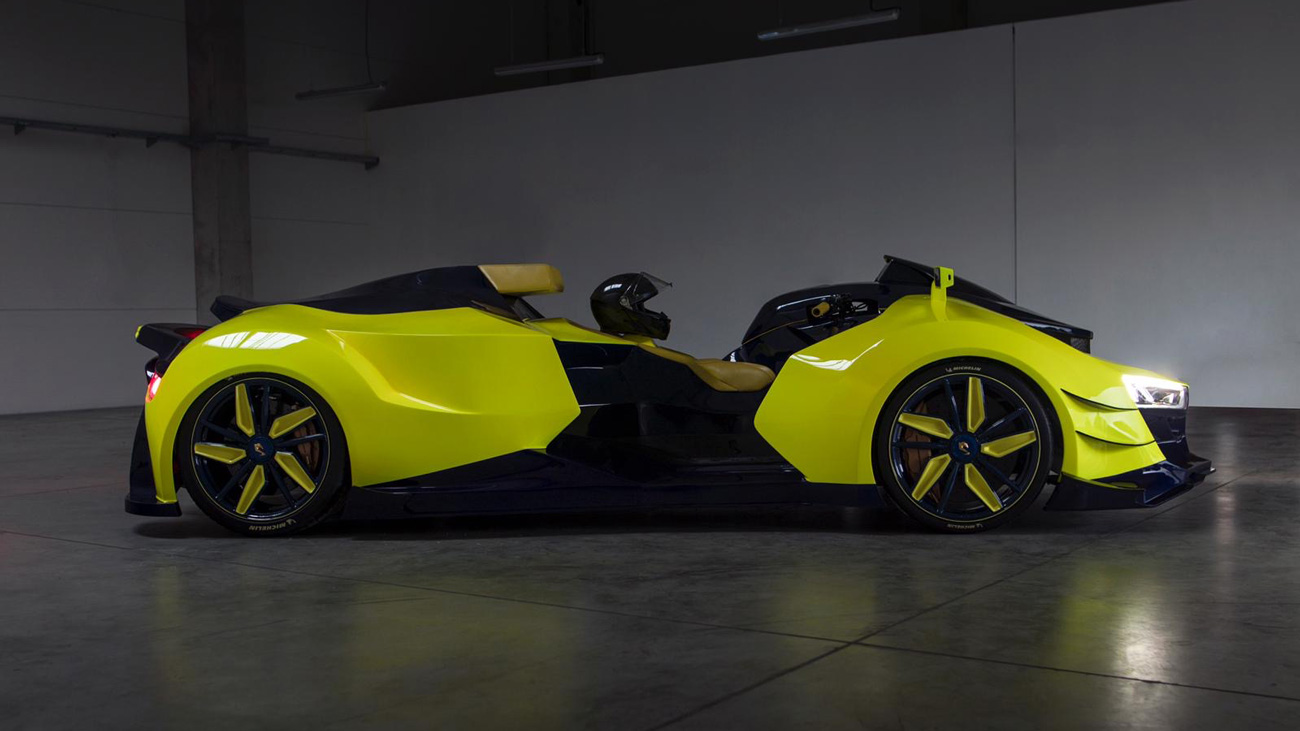 The quad bike named Engler FF Concept was definitely one of the highlights of the last year’s Geneva Show, and now, the vehicle that its manufacturer claims to be the world’s first “superquad” bike is nearly ready for production.

It is obvious that the Engler FF utilizes the Audi R8 chassis, even though the automaker prefers to downplay the fact. At 4,650 mm long, 1,980 mm wide and 950 mm tall with 2,650 mm between the axles, it has comparable dimensions with the R8. The headlights stem from the same model, and the front end sports a logo depicting Secretariat, a racehorse that was famous in the USA in the 1970s.

The racer comes powered by the stock 5.2-liter V10 engine boosted from its original 800 hp (596 kW) to whopping 1,100 hp (820 kW). Engler explains that the quad gained around 300 kilos (660 lbs) as it went from concept to final version, and the engineering department wanted to preserve its originally planned power-to-weight ratio of 1:1, so the engine was turbocharged to compensate for the added weight. A seven-speed dual-clutch transmission sends the power to the wheels, but the drive type remains unannounced. Getting from zero to 100 km/h (0-62 mph) takes 2.5 seconds, and the top speed lies at 350 km/h (217 mph).

Engler designed the carbon body from scratch, ending up with a construction weighing barely above 100 kilos (220 pounds). It also came up with magnesium alloy wheels considered the lightest in their class: 7.5 kg/wheel at the front and 8.2kg/wheel at the rear (16.5 lbs and 18 lbs, respectively). The brakes are carbon-ceramic with six-piston calipers and 400mm (15.6”) discs at the front and four pistons / 380mm (14.8”) at the rear. The exhaust system is made from titanium alloy, and the steering is said to be one of the finest features of the model, using a bike handlebar.

The exotic vehicle will make its debut at the Salon Prive Concours d’Elegance set to be held near Blenheim Palace, England on September 22. Pricing and availability haven’t been announced, but one can say with certainty that the Engler FF has no competition on the market.