Manhart warms up the limited-run BMW M4 to 700 hp 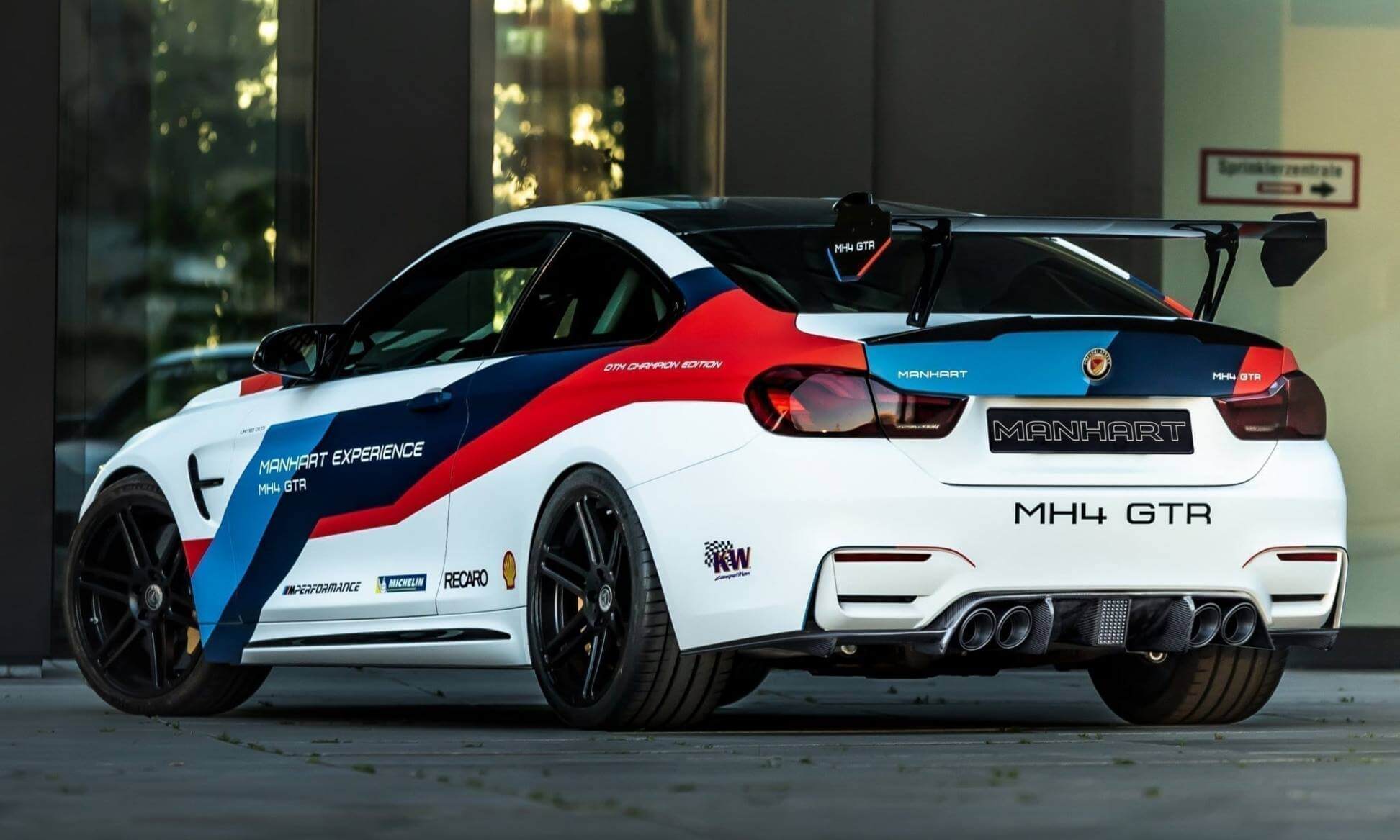 German tuner Mahnart has unveiled the MH4 GTR, a racetrack-only coupe based on the limited BMW M4 DTM Champion Edition, which in turns drew inspiration from the original M4 GTS.

The main novelty still lies concealed under the hood. There, Manhart replaces the intercooler, installs aluminum exhaust pipes, downpipes and finishers, and tunes the engine firmware to raise the output from 500 to 700 horsepower (373 to 522 kilowatts, respectively). The torque simultaneously rises to 980 Newton-meters (723 pound-feet). The seven-speed dual-clutch transmission receives its share of upgrades, too, although nothing is being reported regarding actual acceleration times.