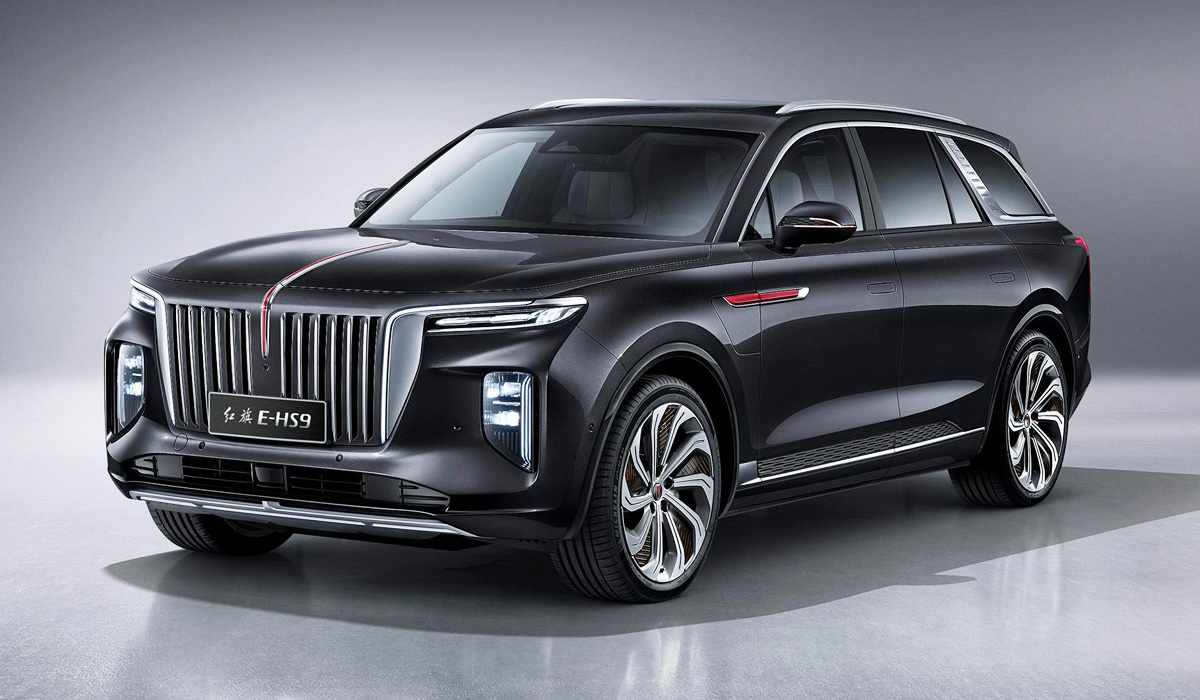 The Hongqi marque (Chinese for “Red Banner”) used to produce luxury stretch limos and light passenger vehicles for higher-ranking CCP members, until its owner – FAW Group – decided to expand into the SUV territory. One after another, the company released the E-HS3, HS5 and HS7, and the especially luxurious E-HS9 joins them now.

Getting Rolls-Royce vibes yet? It’s no coincidence: the exterior design was carried out by Jiles Taylor, who left the British company for Hongqi a couple of years ago. The car looks much like the H9 sedan, especially in the areas of its radiator grille, two-tier headlights and slide-out door handles. It is 5,209 mm long, 2,010 mm wide and 1,731 mm tall with 3,110 mm between the axles. The wheels measure 22 inches across.

The driver enjoys access to four displays at once, including a touch-enabled console. Multi-contour seats belong in the base spec along with a power-adjusted second-row and a third row. You may opt for a four-seater if six is too many for you. Heating and ventilation are also implemented, the center tunnel houses a storage box, there are retractable footrests, and there are two additional multimedia screens on the backs of the front seats.

Other noteworthy features include air-ride suspension (dual-link at the front, multi-link at the rear), adaptive shocks, seven electronic drive modes, and an adaptive cruise control system with semi-autonomous driving support. The steering wheel rim houses a capacity-based sensor that ensures that driver keeps the hands on the wheel.