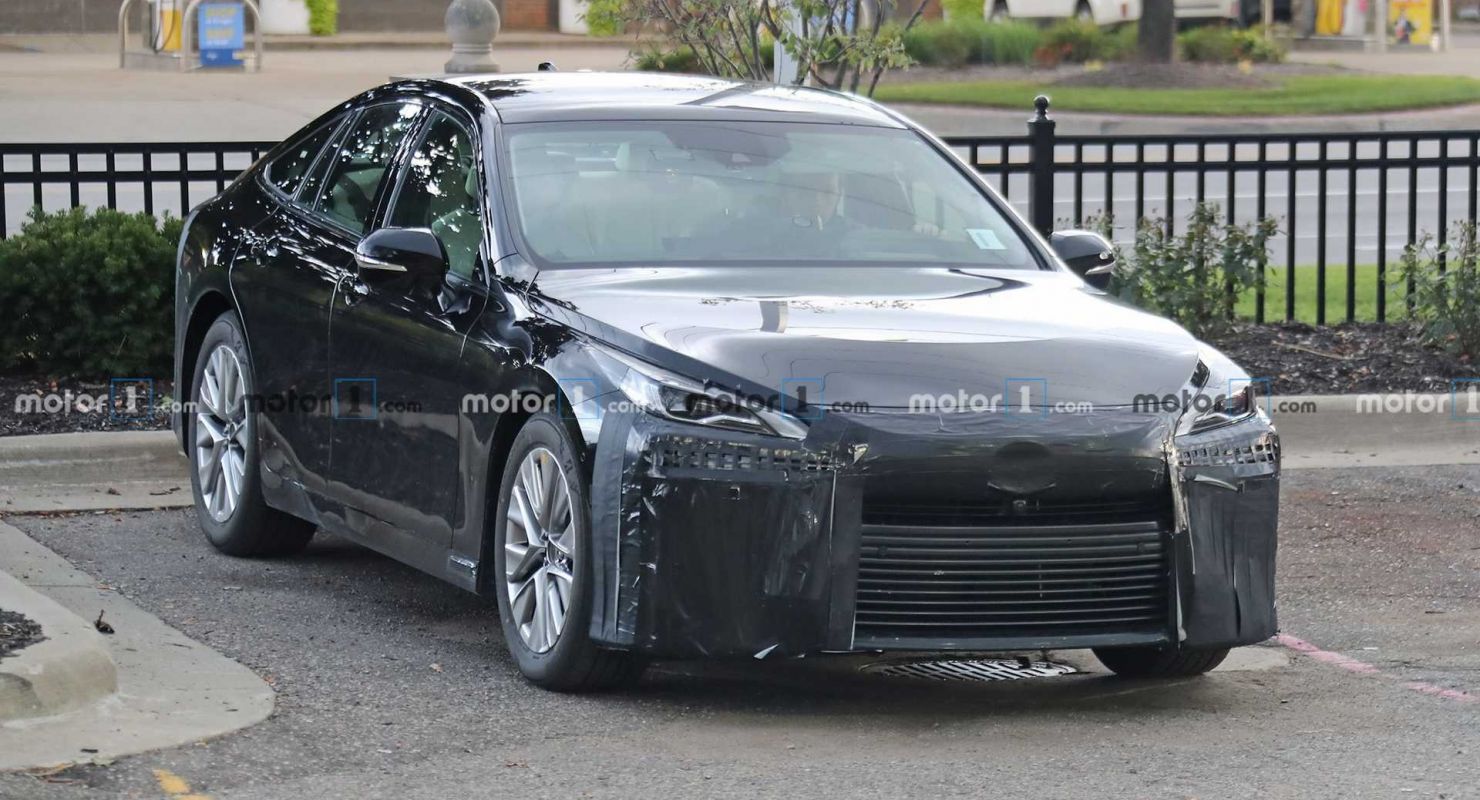 Mere days after announcing the December premiere of its second-gen Mirai, Toyota took its barely disguised fuel cell sedan out for some road tests.

Inside the hydrogen-powered saloon are a digital instrument cluster, a large infotainment display, a wireless gadget charger and much more. The only powertrain-related spec known to date is the range: 650 kilometers, or 404 miles.