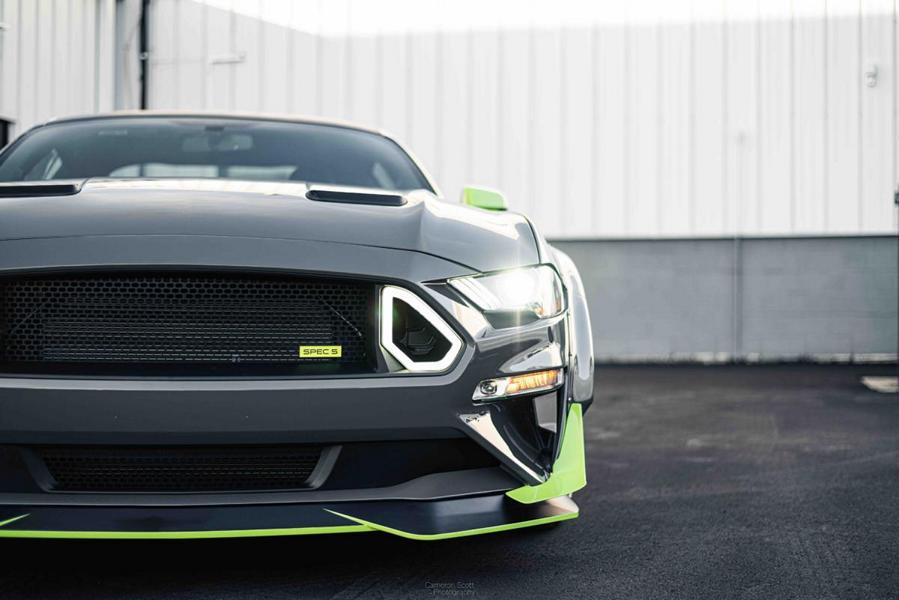 Vaughn Gittin-Jr., a well-known U.S.-born racing and stunt driver, founded the tuning shop named RTR ten years ago. This week, the company rolled out an extreme Mustang build capable of holding its own even against the formidable Shelby GT500.

RTR teamed up with Lebanon Ford Performance for the project. The 5.0-liter V8 underwent a number of transformations and ended up with 760 PS (750 hp / 559 kW), as well as 908 Nm (670 lb-ft) of torque. The kit includes an Eaton TVS R2650 supercharger, an aluminum intercooler, a high-flow intake manifold, and an ECU tune, among other components.

The exterior of the anniversary-edition Mustang is no less impressive thanks to wider wheel arches and longer side sills, special radiator grille inserts and a body kit consisting of a front spoiler lip, a low-set rear wing and a diffuser.

RTR Aero 7 forged wheels sized 20” fill out the wells, and the stance benefits from in-house-designed coilovers.

The basic conversion alone costs U.S. $50,000, donor vehicle not included, and there are other costly options for those willing to pay more.