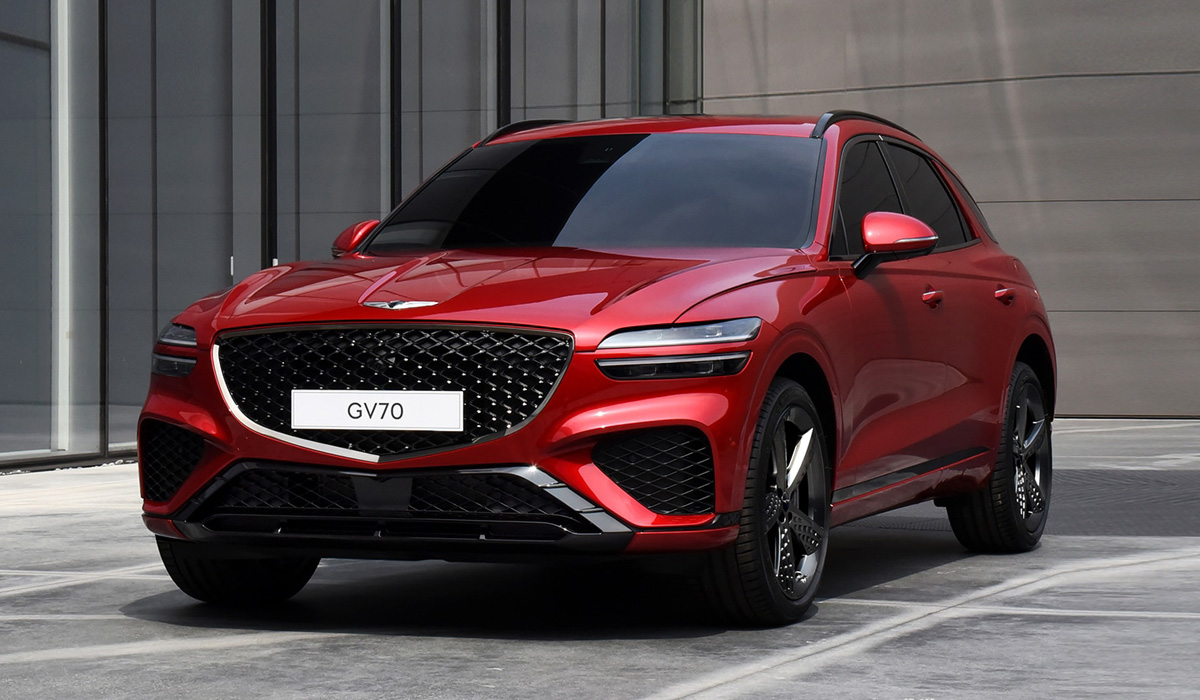 Genesis’ second crossover SUV – the GV70 – hits the spotlight with some interesting details concerning its styling, tech and trims, although engine specs remain to be announced.

The newcomer sports two-piece headlights, the signature pentagonal radiator grille and some distinguishing features, such as the sloped roof and the triangular rear side windows.

The interior design is completely new and incorporates a digital instrument cluster, a prominent center tunnel with a knob-shaped gear selector, and an oval section in the front fascia housing the climate controls and other hardware buttons.

The new GV70 will be available in a trim version called Sport, which brings along special bumpers, 21-inch wheels, round exhaust tips, and dark trim details instead of chrome ones. It also sports a tri-spoke steering wheel, sports seats, carbon fiber details and contrast-rich accents.

The entry-level SUV comes rear-wheel driven, but AWD is available as a paid option. As for the engine range, we expect 2.0- and 2.5-liter turbocharged four-cylinders, as well as a 2.2-liter turbo diesel for Europe.

We will learn more when the model gets launched later this year. Genesis reports that it will soon be sending around 100 pre-production SUVs on a series of road tests in South Korea. If all goes as it should, sales will begin on the domestic market in early 2021, followed by other markets some time later.