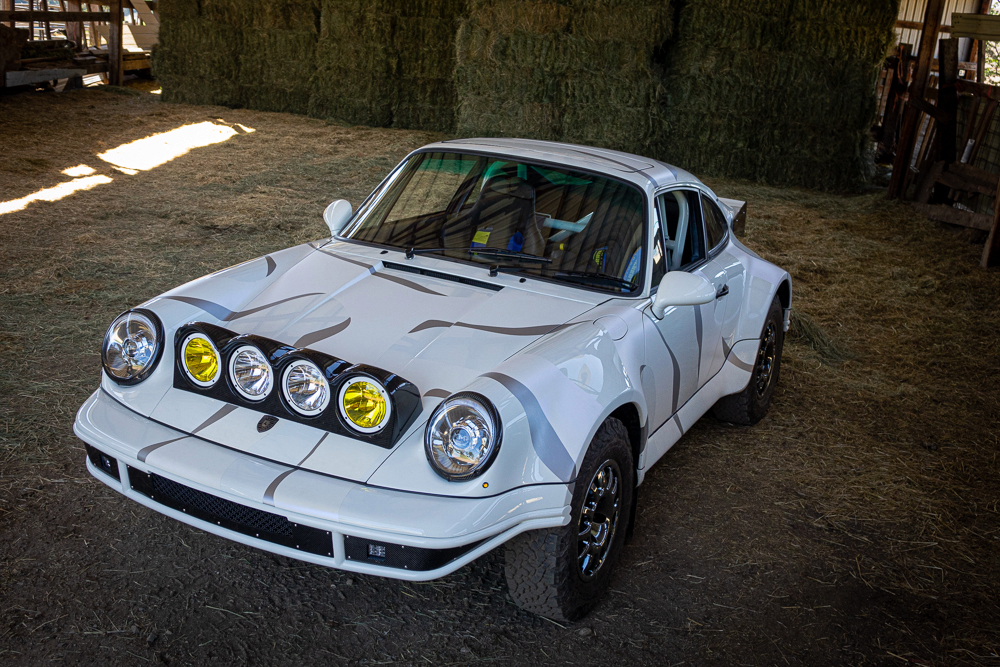 Chances are you have already seen quite a few custom-built Porsche 911s out in the wilderness, but this particular example is still special and exceptionally well-crafted.

Responsible for the build is a Winconsin-based tuner Kelly-Moss Road and Race. The donor car is a 964 Carrera 4 with around 54,000 miles (87,000 km) on the clock. The 3.6-liter opposite-six gets new pistons, bearings, cylinder heads and other components along with an ECU remap. A five-speed manual transmission with an organic clutch sends the momentum to the wheels.

In turn, the body gets massive wheel arches, robust side sills and bumpers, and a bloated-looking rear wing. LED light strips adorn both ends, and the braking system makes use of modern Brembo and Startech components.

As should be expected, the entire suspension has undergone a radical makeover, gaining long-travel coilovers, Reiger shocks, KMR shock mounts, and Elephant Racing bump-steer tie-rods, among other things.