New Toyota Allion for China is really just a Corolla 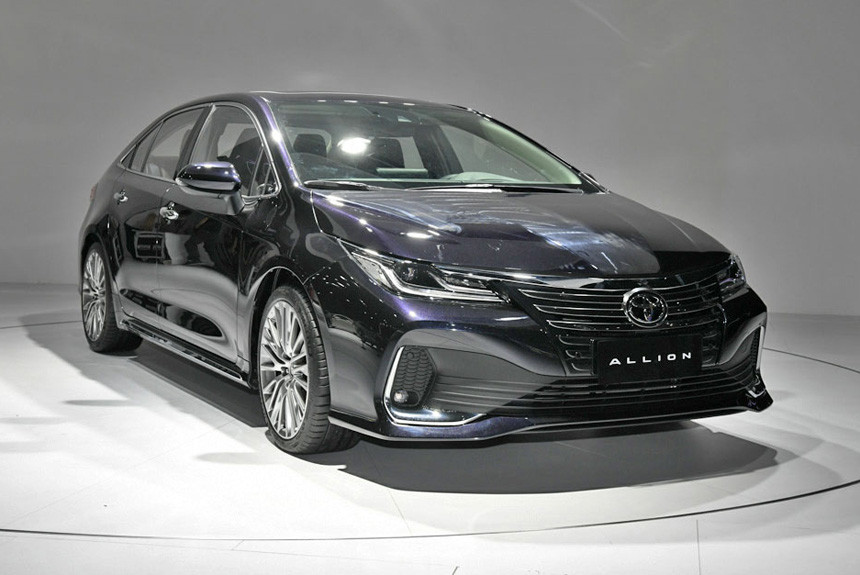 The Toyota Allion makes its debut outside of home market of Japan for the first time, but don’t be misled into thinking it’s a brand-new model.

Now that the new Allion for China debuted at the Guangzhou Auto Expo, it became clear that it is essentially just a Corolla (see video) with 50 mm (2”) of wheelbase added to give the rear seat occupants more legroom. It rides on 18-inch wheels, has plenty of chrome accents, boasts a new front fascia and redesigned brake lights. The finish inside is also marginally more expensive than usual.

Powering the Allion is a 2.0-liter non-turbo engine rated at 178 PS (176 hp / 131 kW) and 210 Nm (155 lb-ft) of torque, which pairs up with a CVT. You can find this exact engine/transmission combo in the U.S.-spec Corolla, for example, but nothing like it is on offer in China right now. A hybrid version may also be released later.

The production will take place at the FAW Toyota joint enterprise, with first sales planned for later this year. The China-spec Allion will likely never be available outside of the country it was made for. On a related note, Chinese customers have access not just to regular Corolla models, but also to a sported-up Levin variant produced by GAC Toyota.

Novelties 04-10-2022
The next generation of the Maserati GranTurismo showed up on teaser pics more than two years ago, but the premiere has only taken place now. Some things – like the interior – remain to be revealed, but at least we now know what options there will be.
Like
Comments 0