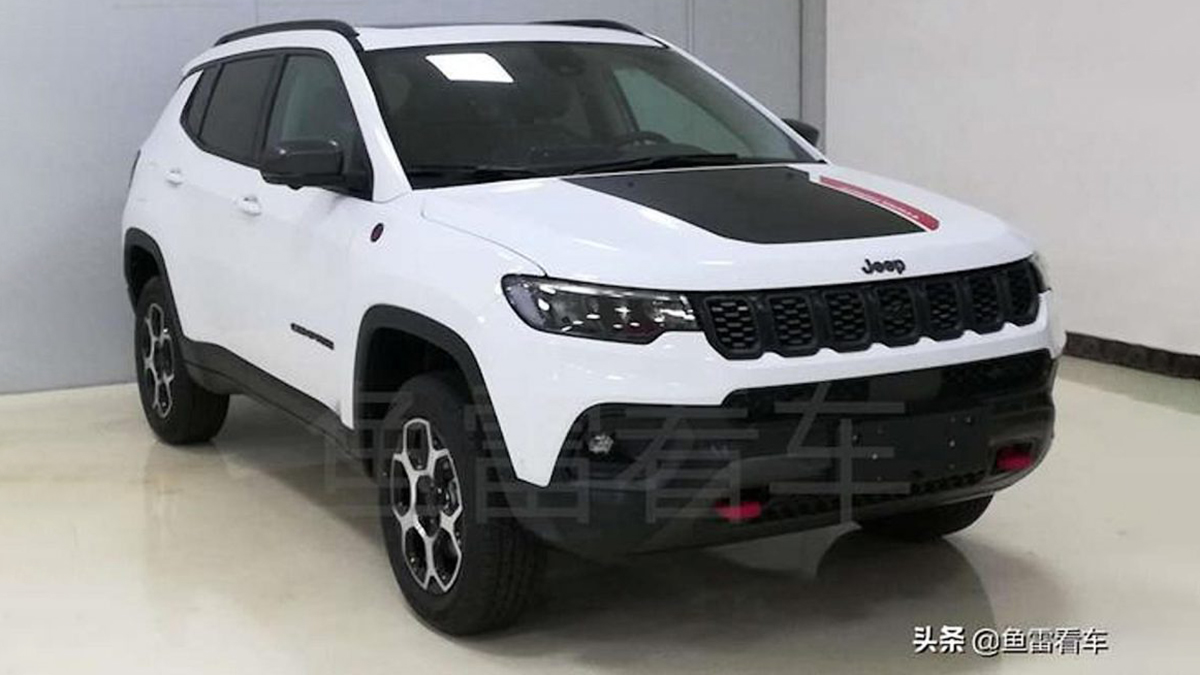 The current Jeep Compass has been in production for four long years, and an update is coming soon. The car shown here is China-only, but other markets will likely get something very similar to it (this was the case with the pre-facelift version).

New elements include the front bumper and the narrower headlights. The fog lights are now mounted higher up than before, and the standalone DRL section is gone. Peeking inside, there is a new steering wheel, a digital dash cluster, a redesigned front panel trimmed with leather, and a floating multimedia touchscreen with a row of buttons underneath. The side air vents are slimmer, and the central ones are located lower than before (they used to be at both sides of the infotainment display).

The facelifted Compass sticks to its 1.3-liter turbocharged four-cylinder engine rated at 173 PS (171 hp / 127 kW) and 270 Nm (200 lb-ft) of torque. The old model supported nine-speed automatic and seven-speed dual-clutch transmissions; the new one is likely the same. A hybridized variant of the same engine may emerge in China some time later.

Sales will begin next year.