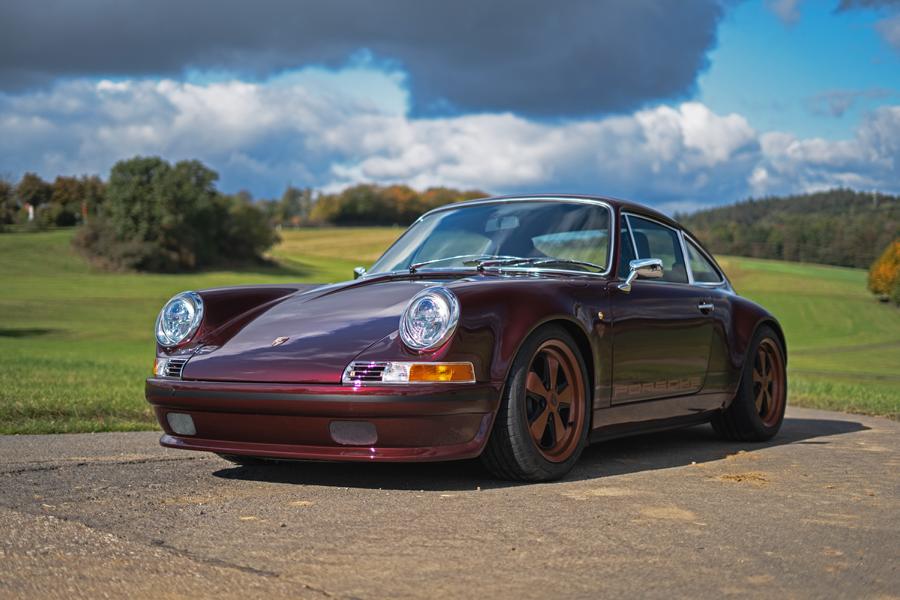 DP Motorsport, from Germany, has found a creative way to restore and modernize this Porsche 911 (964) Carrera 2 while giving it the looks of a much older model.

The two-door track weapon received an intricate body kit made of a mixture of GFRP, CFP and Kevlar parts, painted Carmine Red to match the body with a lacquer coat and a protective wrap. The body kit made the Carrera look like an early 1960s-era German car – not a bit to its detriment, of course.

The 3.6-liter opposite-six engine under the hood was allowed to stay, but received a slew of modern components and an ECU, which raised its output from 250 to 320 PS (from 247 to 316 hp, or from 184 to 235 kilowatts). Further mods included a purpose-built exhaust system and a five-speed manual transmission with a diff lock. The coupe needs five seconds to reach 100 km/h (62 mph) and tops out at 280 km/h (174 mph).

DP Motorsport has spent a year perfecting the build, and the owner paid €155,000 for the job (donor vehicle cost not included).