Meet the Mercedes-AMG MKB 70TE, a wagon that’s a track tool at heart 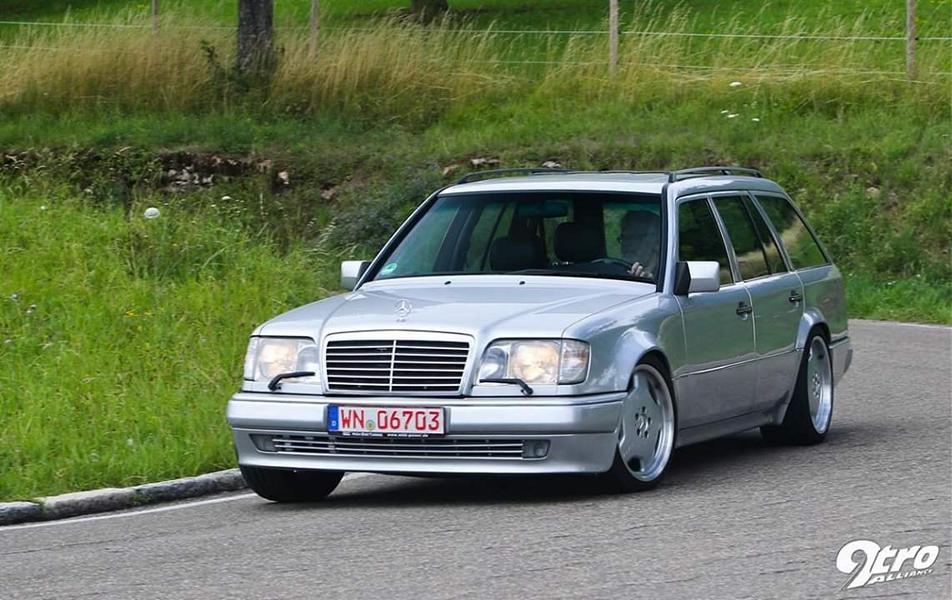 German tuner MKB Motorenbau has been showing us many nice Mercedes-AMG tuning projects lately, including an S 63 dialed up to 800 horsepower or a CLS 63 boosted to 700 hp. Few remember that the same company started things off 25 years ago with a much more unusual, but hardly less impressive project.

Depicted here is a 1995 Mercedes-AMG E-Class (S124) put in a family-friendly T Model body. It usually shipped with a modest inline-six engine, although a special edition co-designed between Mercedes and Porsche offered eight cylinders and five liters of displacement. Anyway, MKB decided to up the ante once more and squeeze a seven-liter V12 under the hood. They had to cut out the wheel arches, move the battery to the trunk and rewire most of the electronics, but against all odds, the attempt was a success in the end.

A custom build like this, complete with the documents needed to make it street-legal, cost 240,000 DM back at the time, which is roughly comparable with €120,000 in modern money.