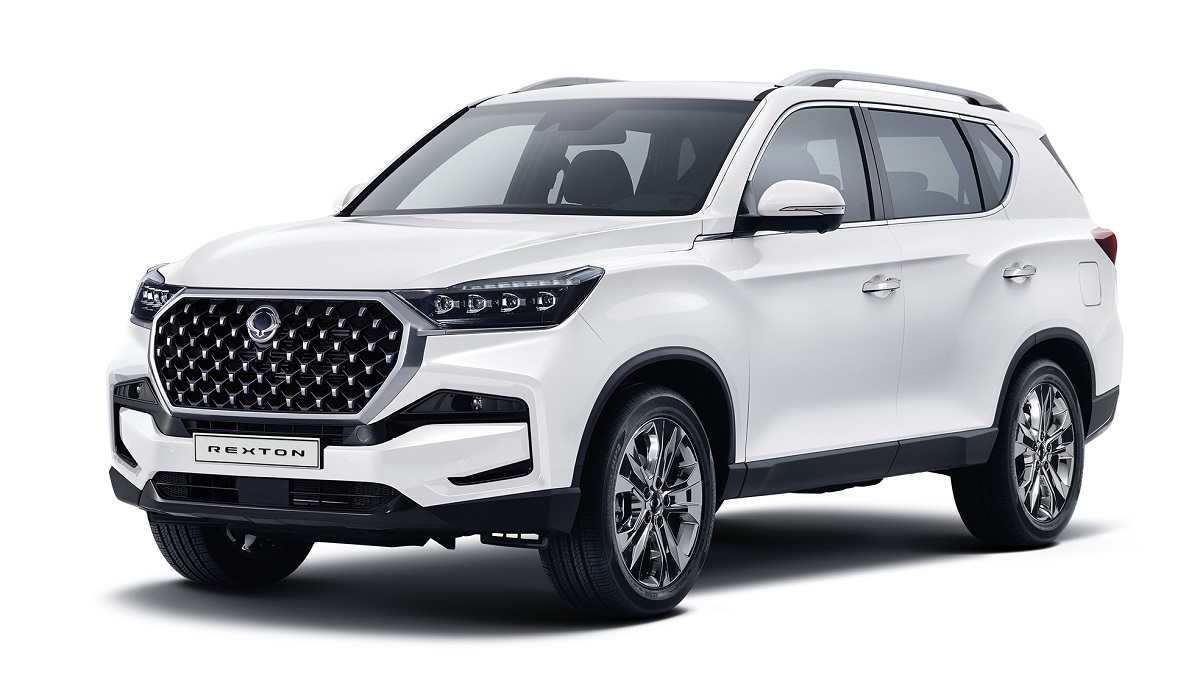 The SsangYong Rexton is a body-on-frame SUV that went into a new generation in 2017, but never became particularly popular on the market. The South Korean company now unveils its “brand new” international version, which is technically a mid-gen refresh.

Inside, there are new door cards, a four-spoke steering wheel, a 12.3-inch digital dash cluster, a fixed-position gear joystick coming to replace the regular lever, and better overall trim materials. The infotainment system gets an update to support satellite navigation, Android Auto and Apple CarPlay, and a nine-inch touchscreen display that displays the video from the 360-degree cameras. The base trim includes a non-digital dash with a B&W screen and an eight-inch central display. Customers can opt for up to nine airbags. The Korea-spec Rexton always comes with five seats, while the global spec has an optional third row. Trunk size amounts to 784 liters (27.7 cubic feet), but increases to 1,977 liters (69.82 cu. ft.) with the second row folded down.

The 2.2-liter e-XDi turbo diesel remains in the range, but raises the output to 202 PS (200 hp / 150 kW) and 440 Nm (325 lb-ft) of torque. The old Mercedes 7G-tronic automatic makes way for a new eight-speed auto transmission. Select countries will receive the new Rexton with the old 2.0-liter gasoline turbo four-pot rated at 225 PS (222 hp / 165 kW) and 350 Nm (258 lb-ft) of torque, which can be paired with a six-speed manual or six-speed Aisin auto gearbox. Rear-wheel drive is standard for all specs, but AWD with its hard coupling on the front axle and reduction gear remains available. The power steering mechanism is now electric, rather than hydraulic.

The SsangYong Rexton hits the market in Europe next March.