Manhart rolls out a 550-HP upgrade for its A90 Supra 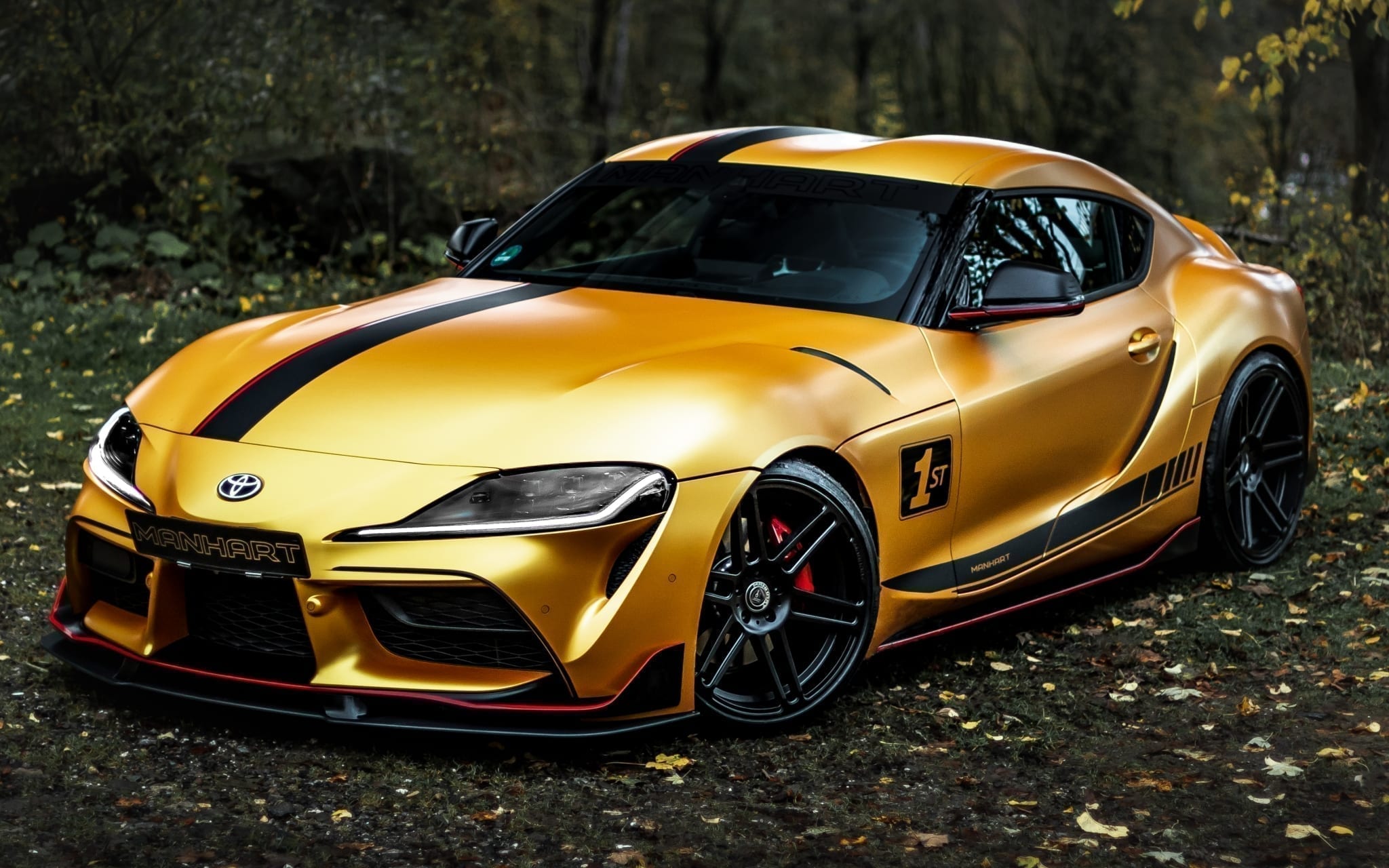 The Manhart Performance team converted the fifth-generation Toyota Supra into a custom car called the GR 450 several month ago (see video), and now follows up with an update called GR 550.

While the previous build had 450 metric horsepower at its disposal (which converts into 444 hp, or 331 kW), the one revealed this week commands 550 PS (542 hp / 404 kW). The BMW B58 engine under the hood gains a TTE 685 supercharger, a Wagner Tuning radiator, an ARMAspeed carbon-fiber intake system, and an F1 Exhaust system fitted with a 200-cell catalytic converter and a Wagner downpipe. Fuel system upgrades and a MHtronik Powerbox round off the modifications, raising the power to the abovementioned value and the torque to 770 Nm (568 lb-ft).

Manhart also tweaks shock absorbers and installs shortened H&R springs, but you may opt for KW Variant 3 coilovers if you’d like to fine-tune the ride height.

The car comes wrapped in a matte gold wrap with a black stripe running along and an AC Schnitzer splitter at the front end. In-house Concave One wheels come shod in 255/30 R20 tires at the front and 295/25 R20 ones in the back. The interior and the brakes remain unmodified on the show car, but the tuner will fulfil nearly any bespoke order.