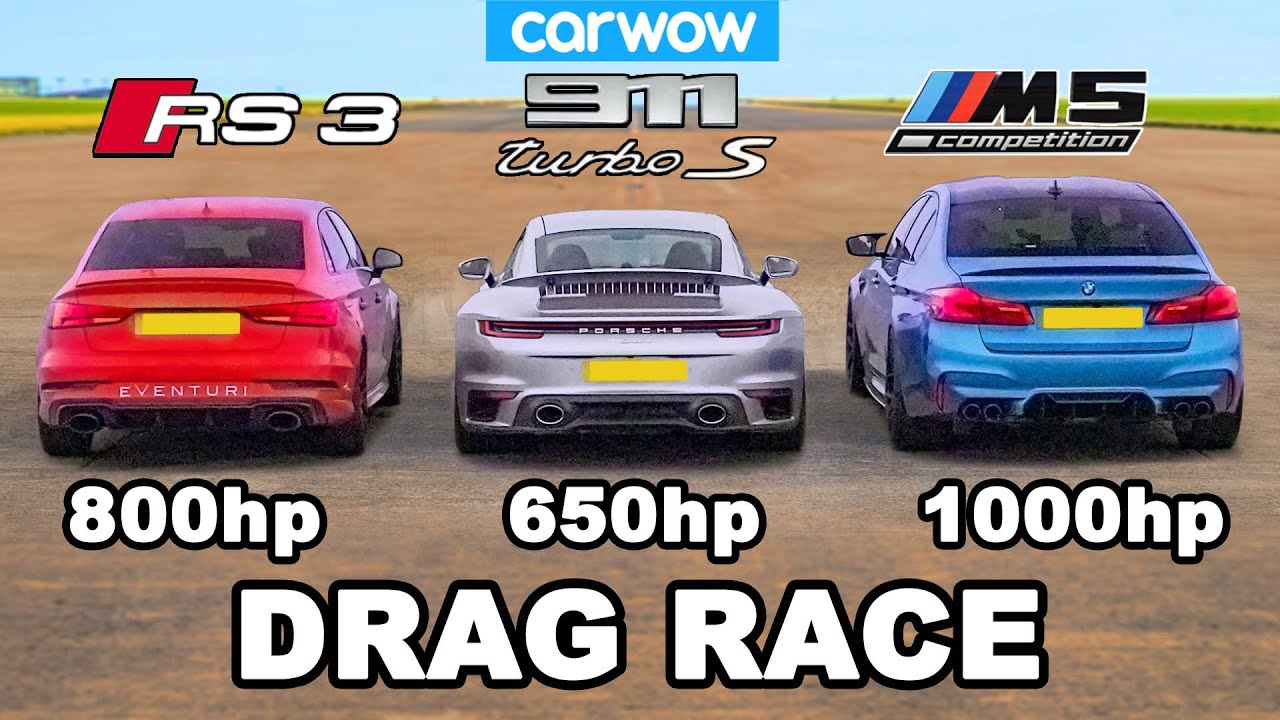 CarWOW has invited an owner of the newest Porsche 911 (992) Turbo S to a drag race against two seriously modded sedans: an Audi RS3 and a BMW M5.

Both tuned rides stem from Eventuri Evolve Automotive. Both sport new intake and exhaust systems, as well as upmarket turbochargers, gearboxes and semi-slick tires (as opposed to the OEM tires on the Turbo S).

Watch the video and be prepared to some curiously inconsistent results. The fastest ride manages to cover the quarter-mile strip in under 10 seconds, but none lags more than 0.3s behind the others.