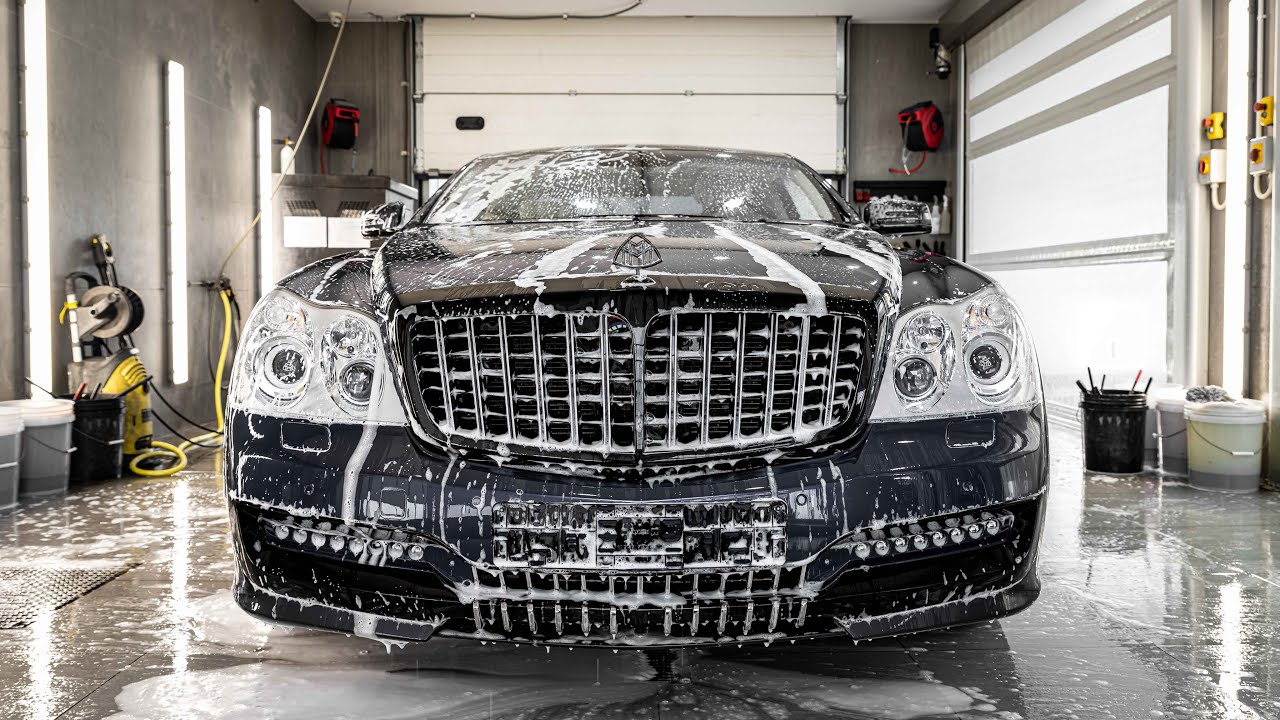 Topaz Detailing has unveiled one of its latest creations: a Maybach 57 “SC” by Xenatec with a fresh premium paint coat. Watch the full 15-minute video for an in-depth look into the project.

Mercedes-Benz itself never made a coupe version of the Maybach 57, so London-based tuner Xenatec took up the task instead. The initial production quantity was 100 units, but far fewer cars ended up actually built (some say only six were made).

Topaz starts things off by removing all body panels that it considers feasible to remove prior to painting and then applies a black paint with a glossy lacquer on top. Elsewhere, stock wheels make way for larger Forgiato ones, and the somewhat worn white leather trim in the cabin also enjoys an overhaul.

The tuner points out that the client counts among their most valued regulars. His previous detailing orders concerned a Ferrari 488 Pista, a Mercedes-Maybach S-Class Pullman, and a Ferrari 812 (twice). Pricing details aren’t mentioned.