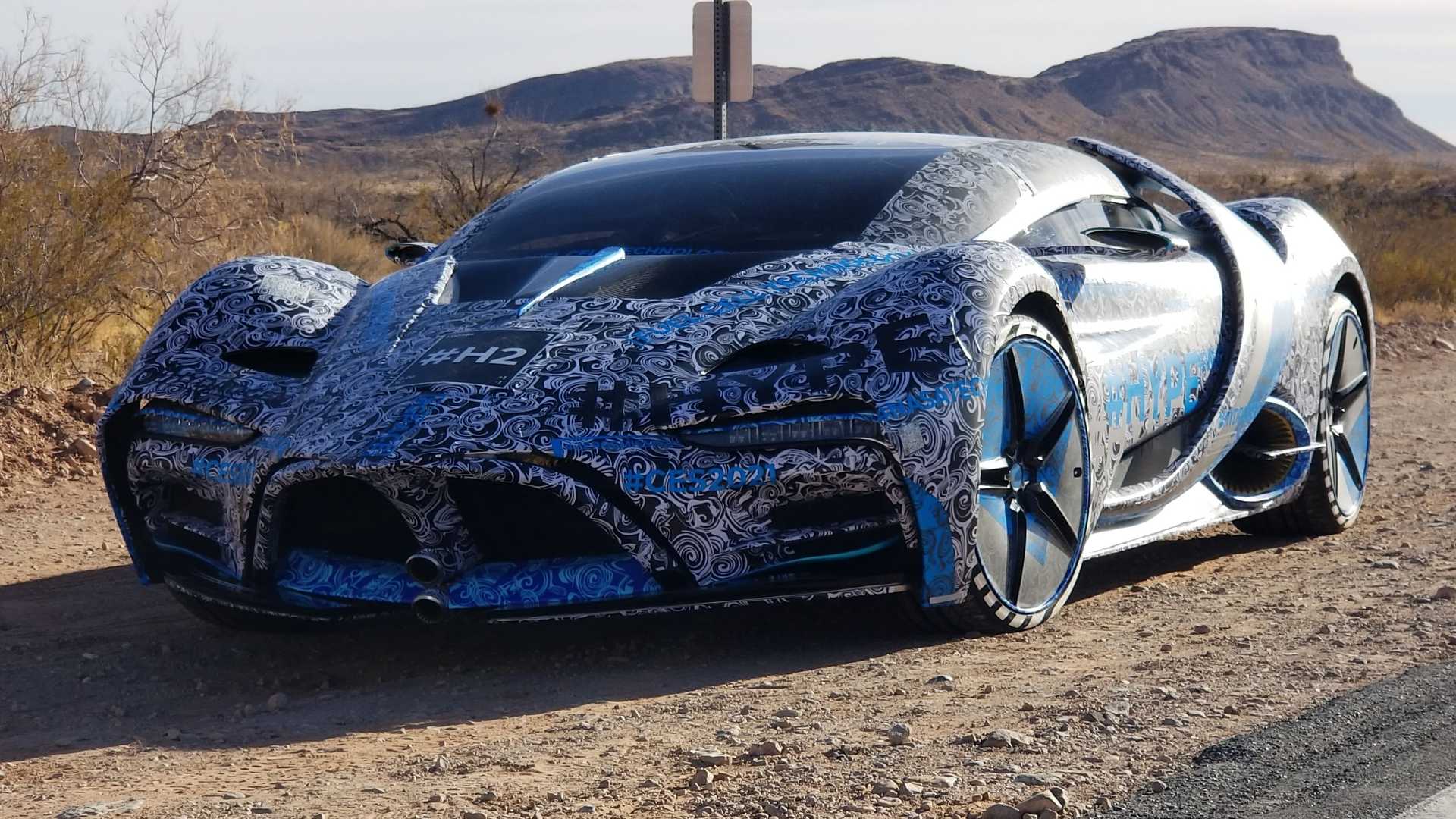 Automaker Hyperion wasn’t too happy to only show us its hydrogen supercar, the XP-1, online at the CES-2021, so it took it to Las Vegas for a round of drive tests.

The spy shots from there depict the vehicle in at least two locations: at the Strip and in Mojave Desert. Too bad no one managed to film a video to give us an idea on just how well the supercar fares off-road in the desert.

A team of researchers from Hyperion, a tech company headquartered in South California, premiered the XP-1 concept last summer. The car had a carbon-titanium monocoque cabin, carbon fiber outer paneling, per-wheel suspension and a fuel-cell powertrain. It weighed in at just over a metric ton (2,200 lbs) and could hit 97 km/h (60 mph) from standstill in 2.2 seconds. Perhaps most impressively, though, it could reportedly be driven for 1,000 miles (1,609 km) until running out of hydrogen.