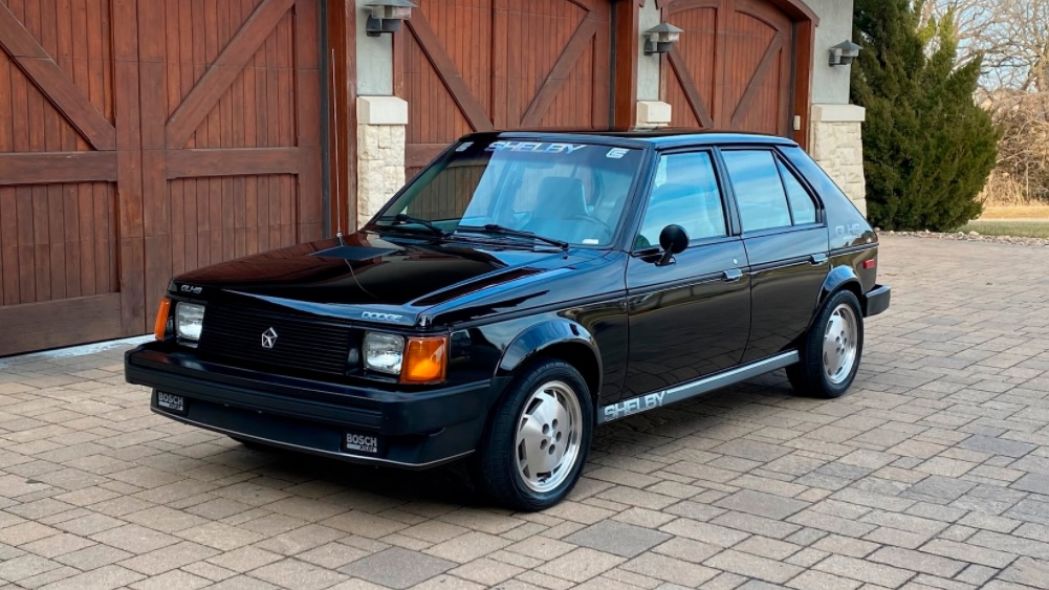 Mecum Auctions will soon be holding an auction for a Dodge hot hatch tuned by the legendary Carroll Shelby himself. Only around 500 such cars left the garage back in the time.

The donor vehicle is a French-made Talbot Horizon, which was later imported into the United States under two names: Dodge Omni and Plymouth Horizon. This particular five-door hatchback rolled off the line in 1985 fitted with a 2.2-liter, four-cylinder gasoline engine rated at 150 PS (148 hp / 110 kW).

The tuned version flaunts the abbreviation that means “Goes Like Hell S’More” (GLHS). It packs an intercooler, a 0.8-bar Garrett turbo kit, Bosch injectors, improved cooling and an electronics upgrade. As a result, five-speed manual transmission hits the asphalt with 177 PS (175 hp / 130 kW), getting the car from nothing to 97 km/h (60 miles per hour) in 6.5 seconds.

The Shelby Omni series came finished in black with grey interior and assorted body decals. It also had a front spoiler and side skirts to show for being modded.