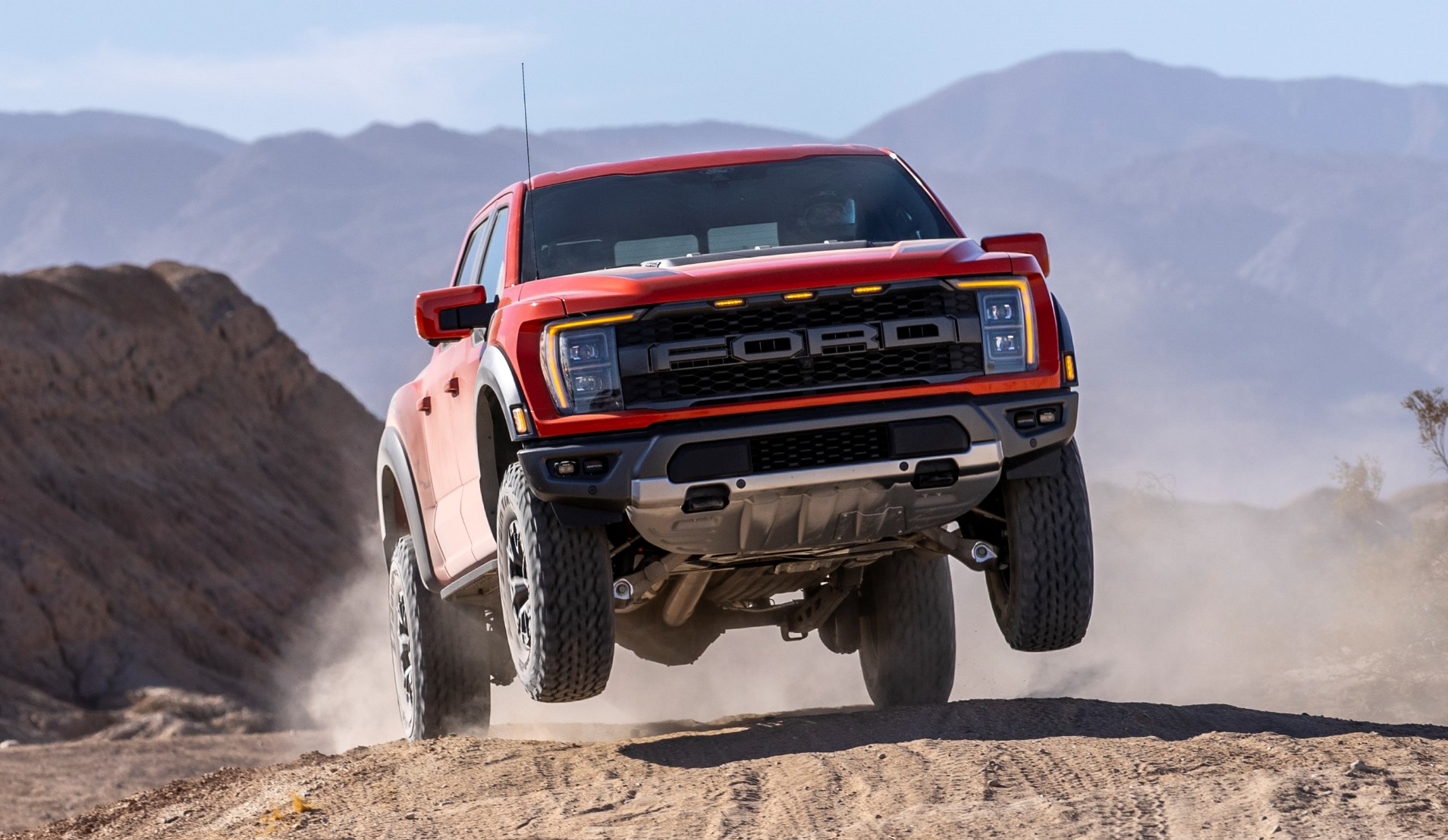 The performance-laden Raptor variant of the iconic Ford F-150 debuted in 2009 and has since become wildly popular, selling more units in the United States in 2017-2020 than all Porsche cars put together, or all Chevrolet Corvettes. Let’s see what the latest iteration brings to the table, shall we?

Even in its most basic form, the car comes with BFGoodrich All-Terrain T/A KO2 tires available in 35” and 37” sizes. The latter option is new and increases the ground clearance from 305mm (11.9”) to 333mm (13”). The approach angle with this tire set amounts to 33.1 degrees and the departure angle to 24.9 degrees.

The engine is where the hopes of many fans fall short. The old 3.5-liter EcoBoost V6 is still there, as is the ten-speed automatic transmission. Ford has not announced the power figures yet, but they will hardly be much higher than the former 457 PS (451 hp / 336 kW) and 692 Nm (510 lb-ft).

A multi-plate clutch is used to couple the front wheels, and an electromechanical differential lock sits in the back. You may pay extra to add a Torsen limited-slip differential to the front axle.

Peek inside to notice a new 12-inch digital dashboard and an infotainment system that supports OTA updates. Recaro seats and an 2kW power converter for external appliances are listed under paid options. The Double Cab is no longer on offer, permanently replaced with the SuperCrew Cab and its two rows of seats.

Sales in the United States will begin this summer. Once the new Raptor hits the market, it will have to compete against the Ram TRX with its supercharged 6.2-liter V8 pumping out 712 PS (702 hp / 524 kW). Ford says it intends to launch an even stronger, V8-packing “Raptor R” in 2022, but that would mean a year of waiting.