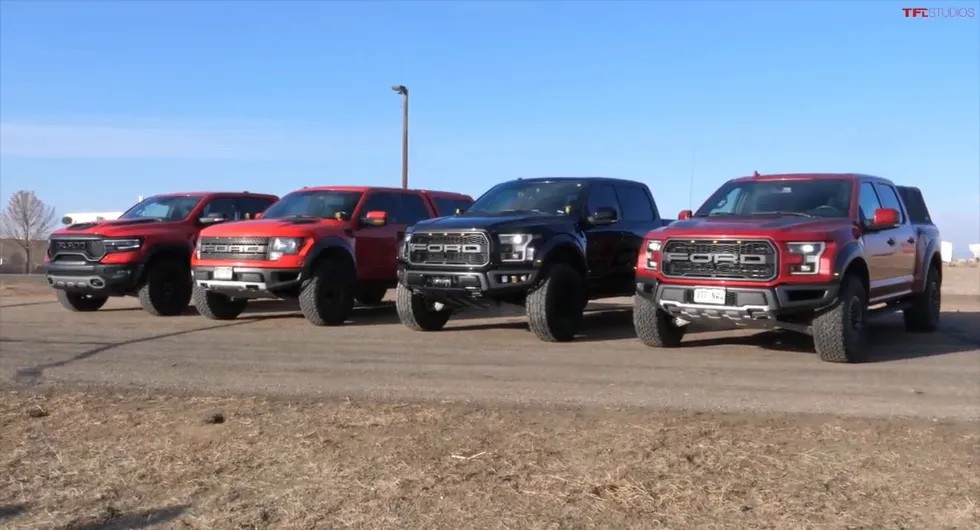 The Raptor has led the performance truck segment of the market since its debut a decade ago, but things changed rather abruptly when Ram unveiled its extreme TRX pickup several months ago. Does Ford have a change against that beast of a utility vehicle? Let’s find out!

During the runs, the stock Raptor loses in the first round as expected, but things take on an unpredictable turn when the 2018 Raptor Turbo outpaces its supercharged rival. It then proceeds to almost-but-not-quite overtake the Ram TRX, falling behind at the end of the race.