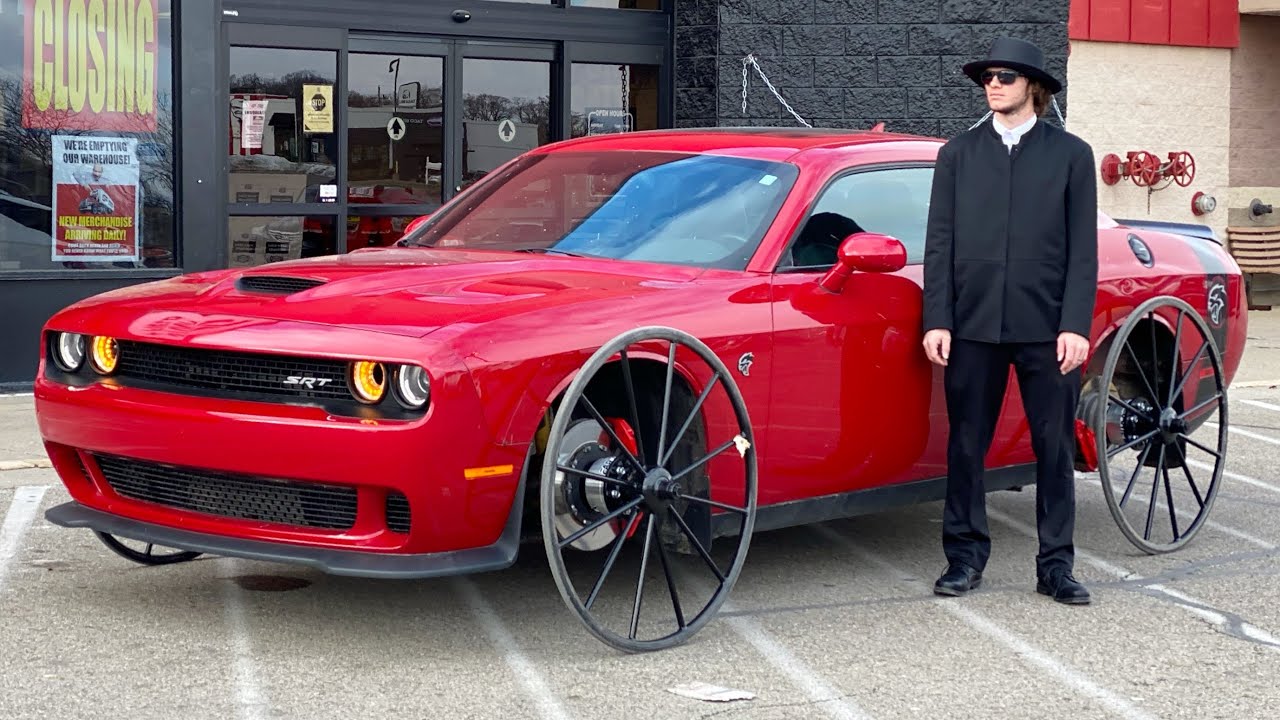 The YouTube channel WhistlinDiesel had certainly entertained us with many a crazy tuning endeavor before, but this week’s hottest video overshadows them all. Ever fancied riding a Dodge Challenger like you would ride a horse carriage?

The guys start off by trying wooden wheels at first, but quickly realize they need metallic ones to support the weight and the immense power of the Challenger. They then acquire aluminum buggy rims and install them on the axles using weld-on hubcaps and ginormous spacers, because the arches are way too small to hold them inside.

The Dodge spins its new shoes idly at first due to a lack of traction, but eventually manages to take off, very slowly, spinning at every attempt at throttle. Trying to keep things in check, the guys drive out into the city and visit a spare parts store, a drive-in and even an authorized Dodge dealership. As one can imagine, there are plenty of stares and people reaching for their mobile phones.

In the end, WhistlinDiesel proceeds to the most fun part of the test: the burnouts. The rubber gets destroyed within seconds, however, and it takes a while for the driver to realize the rims are cutting deep grooves in the asphalt. The experiment ends there.