Old Ford Econoline transforms into a cinema hall on wheels 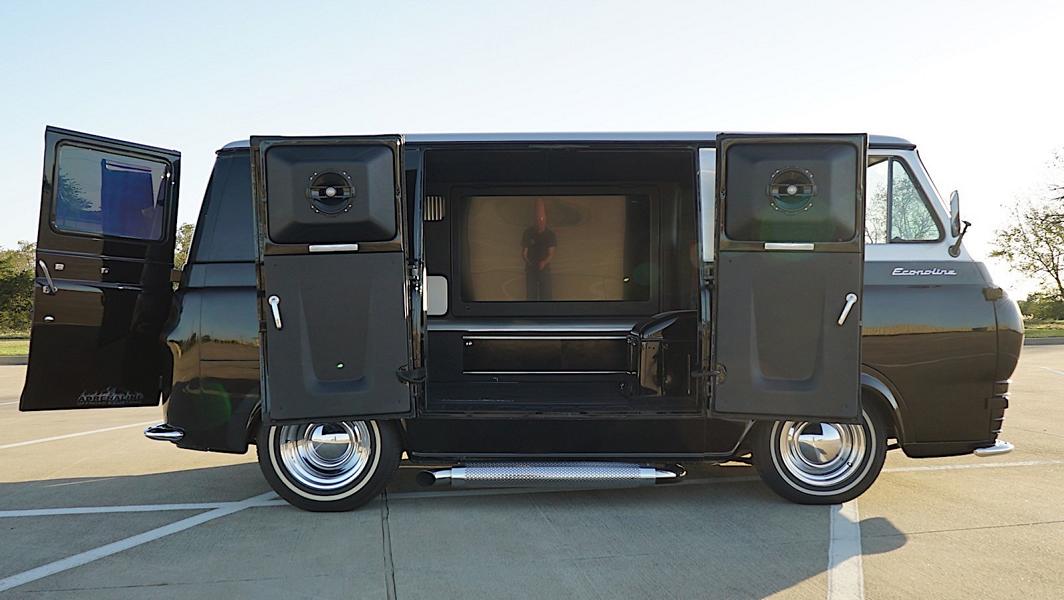 Elderly vans usually become RVs in their second life, but this 1964 Ford Econoline E100 was unexpectedly revived as a mobile cinema hall. It may lack the sheer acceleration power of modern restomods, but this was clearly not the point of the build, which has recently brought its seller a neat sum of U.S. $30,000.

Swanky sidepipes and white-walled Hankook tires contribute to the sporty overall image of the minibus, as does a two-piece Chevy Camaro spoiler at the front end. Surprisingly enough, the wild mix of details actually works in this specific build; we’ve seen many Frankencars ruined through haphazard use of aftermarket parts, but this one looks like a pleasant exception.

The interior is occupied by a 50-inch (127cm) LCD TV set plugged into a Pioneer multimedia system and a Rockford Fosgate speaker set. The driver’s and front passenger’s seats stem from a 1965 Ford Mustang, and the rest of the cockpit also takes care to look like a time capsule.

Powering the cinemobile is a 3.3-liter inline-six system paired with a three-speed manual gearbox and rear-wheel drive system. No further specs are available.