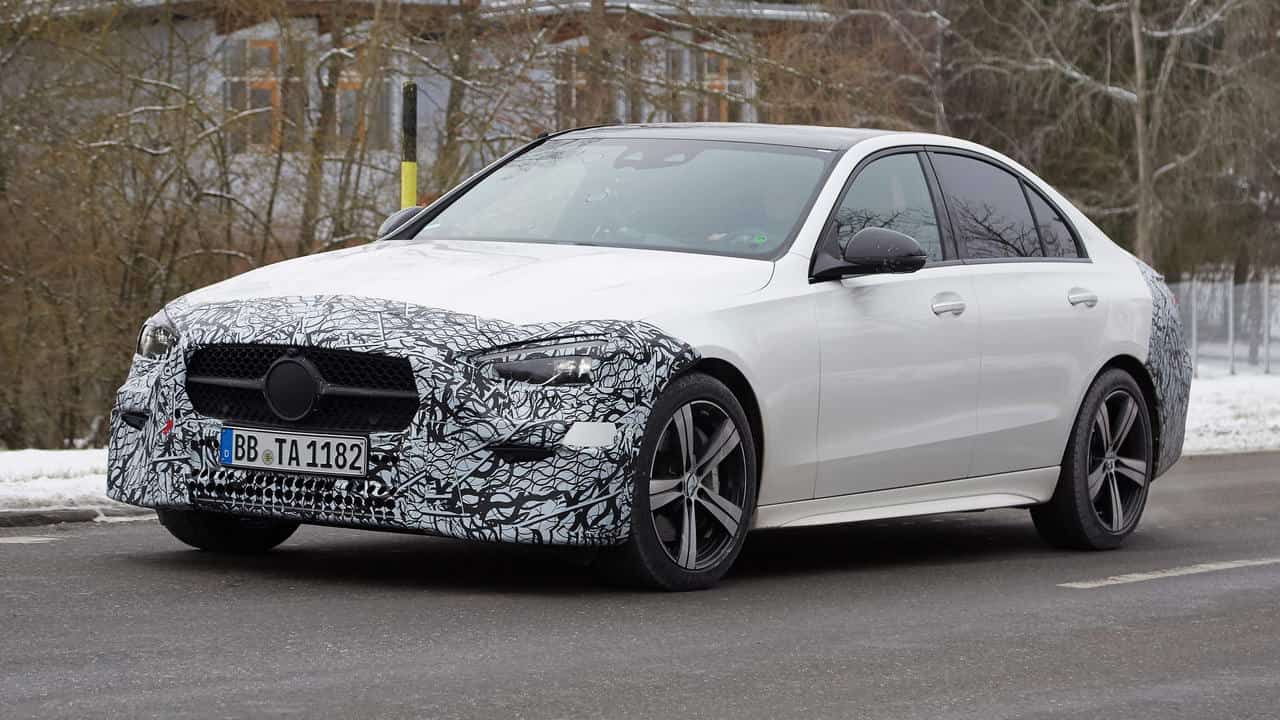 Mercedes-Benz has confirmed that the fifth-generation C-Class lacks six- and eight-cylinder options, and none will be coming later. Turbo-four hybrids are the only way to go, and this is why.

Accordng to Christian Frueh, the company’s main engineer, the C 63 AMG had to ditch its V8 due to the strict environmental standards of today, but the rest of the lineup had other valid reasons as well. Most importantly, the bulky engine would make the car 50 mm (2 inches) longer and a fair bit heavier, which would compromise acceleration and handling.

Frueh assured us that the hybrid powertrain used would compensate for the power loss and deliver better fuel efficiency. He also said that the C-Class would never become a pure battery EV because of the limitations of its MRA tech platform. The larger EQE and EQS models are a different story, because they come based on an electric platform known as the EVA.

Finally, he admitted that the marque ditched its original plans to launch a four-door coupe variant named the CLC. The model had been envisioned as a rival to the Audi A5 Sportback destined to slot in between the CLA and CLS, but apparently Daimler AG never saw the appeal.

The new C-Class will debut on official terms on Tuesday, February 23.