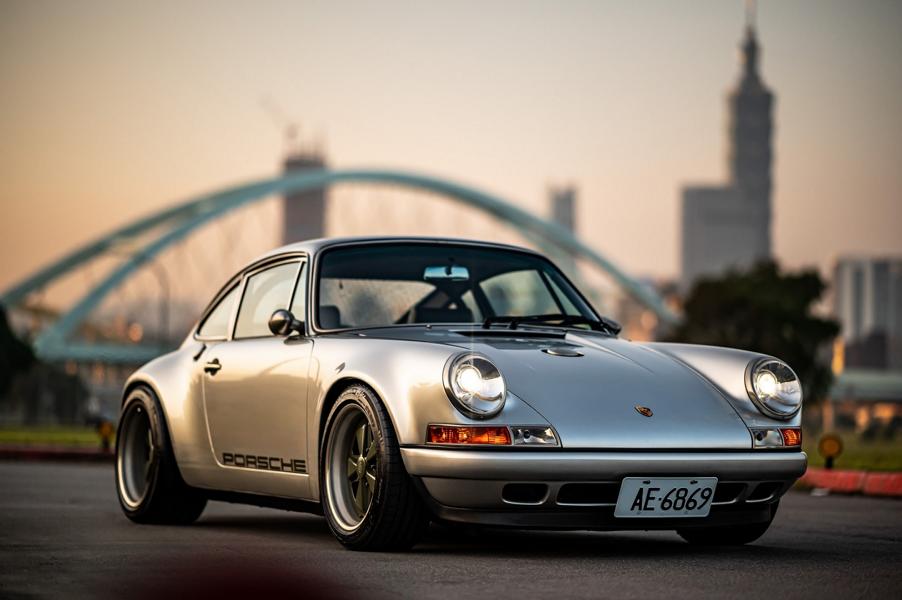 Singer Vehicle Design unveiled its ultimate take on the air-cooled Porsche 911 a few years ago (see video), pricing it at $1.8 million. This week, another similar vehicle shipped to a well-to-do client in Taiwan.

The donor 911 left the assembly line three decades ago. The tuner decided against fiddling with the exterior, instead giving it a simple Metallic Silver paintjob with sporty pinstripes running down the sides and Olive Green accents. The cabin received a makeover in Olive Green leather with alabaster stitching for contrast, as well as a set of carbon fiber bucket seats.

A 3.8-liter, air-cooled flat-six engine took its place under the hood. The tuner never bothered to mention power, but we had heard before that Singer ensured that the power was maximal for this powertrain type. A five-speed manual transmission was installed, too.

The price of the 1991 Porsche 911 Reimagined by Singer Taiwan Commission remains unknown.