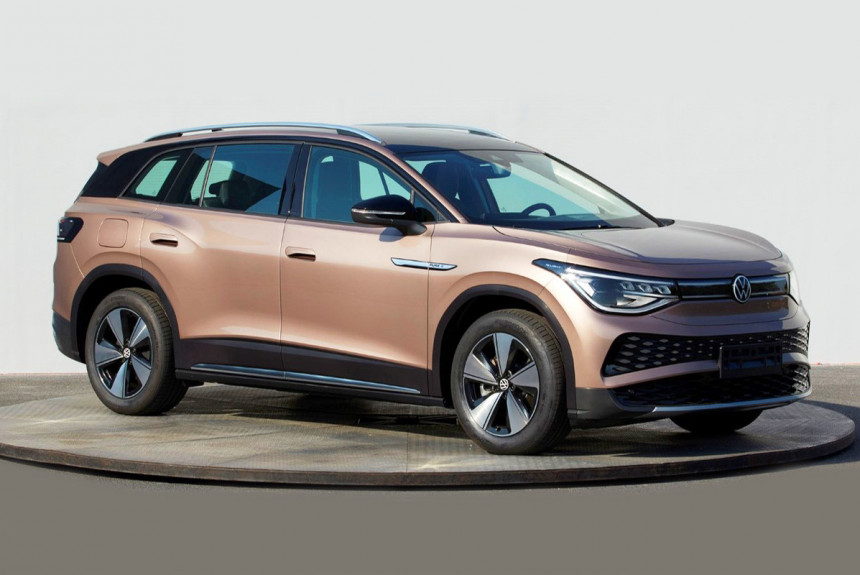 After launching its compact-sized ID.4 CUV and ID.3 hatchback, Volkswagen is getting ready to premiere its third all-electric model, the ID.4. The large SUV is slated for Auto Shanghai show premiere in April, but in the meantime, we may throw a glance at its specs.

It is official that the appearance of the car will follow the guidelines set by the ID. Roomzz Concept (see video). Just like the ID.4, the newcomer will hit the market in China in two variants: ID.6 X (see the gallery) and ID.6 Crozz. The former will be assembled at the SAIC-VW joint enterprise and the latter at FAW-VW. Both will be 4,876 mm long, 1,848 mm wide and 1,680 mm tall with 2,965 mm between the axles. Buyers will be able to choose between 19- and 20-inch wheels for their seven-seater.

The newcomer will arrive based on the same MEB platform as the rest of ID series cars. This means the most affordable spec will offer a single rear-axle-mounted engine rated at 204 PS (201 hp / 150 kW), which will be plugged into a 70-kWh battery. A higher AWD spec will benefit from dual motors and 306 PS (302 hp / 225 kW) total.

Launches in Europe and the United States will take place after the China debut.